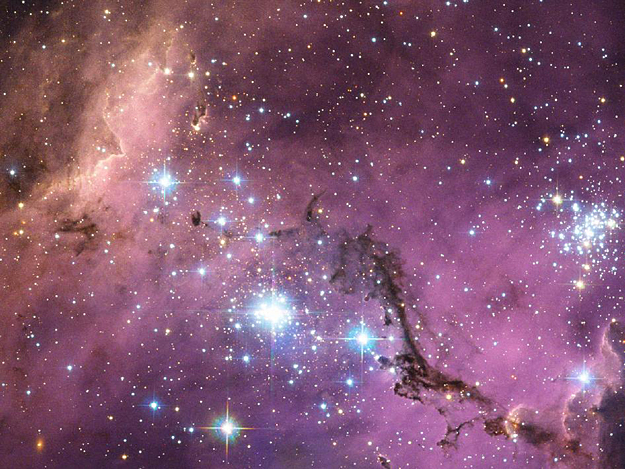 Nearly 200,000 light-years from Earth, the Large Magellanic Cloud, a satellite galaxy of the Milky Way, floats in space, in a long and slow dance around our galaxy. Vast clouds of gas within it slowly collapse to form new stars. In turn, these light up the gas clouds in a riot of colors, visible in this image from the NASA/ESA Hubble Space Telescope.

The Large Magellanic Cloud (LMC) is ablaze with star-forming regions. From the Tarantula Nebula, the brightest stellar nursery in our cosmic neighborhood, to LHA 120-N 11, part of which is featured in this Hubble image, the small and irregular galaxy is scattered with glowing nebulae, the most noticeable sign that new stars are being born.