Image: GOES-14 Has Been Turned On 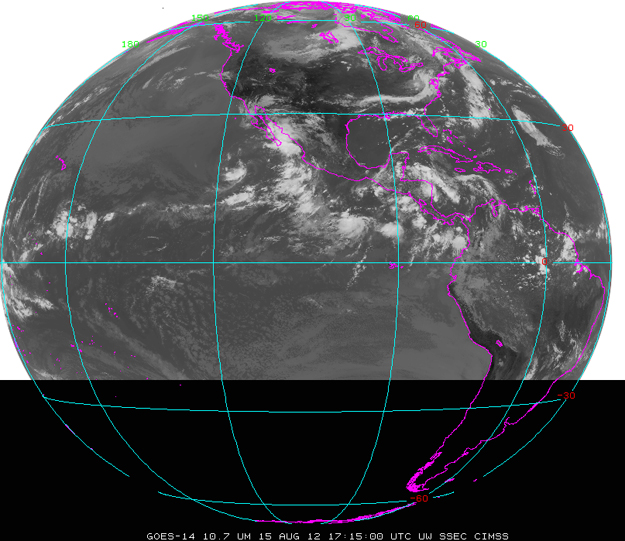 GOES-14 has been turned on and placed in normal mode for an annual north-south maneuver. It was placed in storage back in November 2010 to preserve battery power and payload (it was briefly brought out of storage in 2011). GOES-14 is overhead at approximately 105 degrees West longitude. The loop above of the 10.7 um ‘window’ channel shows the first of the images after broadcast was initiated. SRSOR (Super Rapid-Scan Operations — that is, generation of 1-minute imagery over a limited domain) is planned to occur within the next few months, starting on 16 August. More