Image: Aurora Australis As Seen From the Space Station 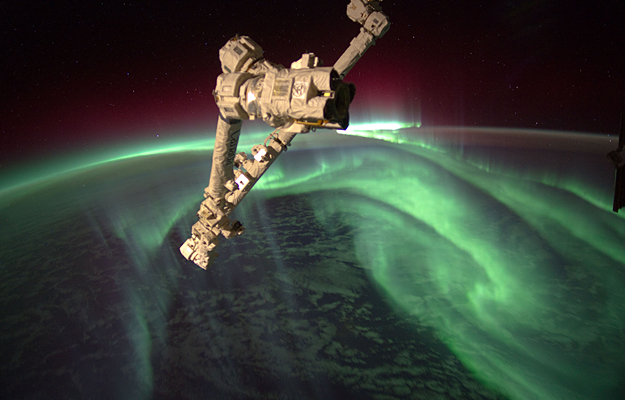 The Expedition 32 crew onboard the International Space Station, flying an altitude of approximately 240 miles, recorded a series of images of Aurora Australis, also known as the Southern Lights, on July 15. NASA astronaut Joe Acaba, flight engineer, recorded the series of images from the Tranquility node. The Canadarm2 robot arm is in the foreground. ISS032-E-007896 (15 July 2012) — high res (1.2 M) low res (61 K)