This picture is a composite of 30 images from ESA’s Huygens probe. They were taken from an altitude varying from 13 kilometres down to 8 kilometres when the probe was descending towards its landing site. View all raw images.

These images were taken with a resolution of about 20 metres per pixel and cover an area extending out to 30 kilometres. 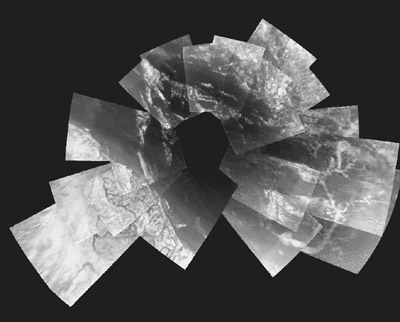