Heather Smith’s NASA Free Falling Blog: Getting down to business

By SpaceRef Editor
June 5, 2009
Filed under Education, NASA Blogs, US

The team is from the University of Colorado at Boulder. There’s Kristian, Karina, Steven, Swarandeep and Chris. They’re a small, close-knit team, and they’re very fun. They’re very serious about their project but also know what a cool thing it is they’re doing – not just the flight but the whole opportunity. Right now, as I’m writing, they’re talking with one of the NASA structural engineers who help the students work any issues and get their projects ready to fly. What an incredible opportunity for these students to get the input and support from a NASA engineer! I’m having a blast observing them get to do such a unique thing! One last member of Colorado team’s is their NASA mentor Ashley Tarpley. Ashley flew as part of a student team while a student herself, and this will be her third flight as a mentor. 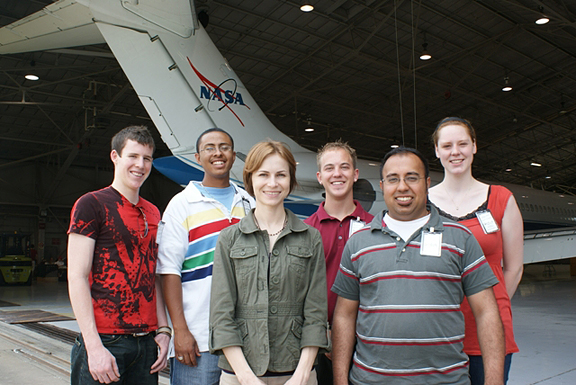 “Home base” is NASA Hangar 990. When I first walked in I saw this gigantic airplane with its various doors open and people working on it. My stomach did a little flip because I thought this was the plane – the plane in which I would experience weightlessness. But during the introduction they told us that it actually isn’t the plane. So it lost a tad bit of its cool factor, but then it was quickly redeemed when they said that plane had just flown back from being part of the STS-125 shuttle ferry mission. It’s quite the experience to be sitting in a hangar with that plane directly in front of me. Sure beats the cubicle where I sit everyday! I also hear planes fly overhead every now and then and the open hangar allows a nice breeze to blow through.

The teams are all so hard at work, some having to re-construct boxes where their experiments will go, some taping foam onto sharp corners, and everyone getting all the components in place. The students all seem a little stressed – not in a bad way but in a way that communicates how important this project is to them. They’re all so serious, all throwing out ideas, debating options and seeking solutions.

Our team basically has today and Monday to get everything put together, any issues worked out and everything approved for Tuesday’s flight. Tomorrow and the weekend are not an option unless they work on something in their hotel over the weekend. Tomorrow is all training so there will be no time in the hangar to work on their projects. 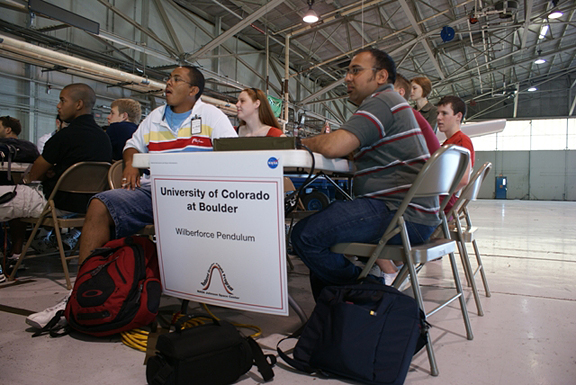 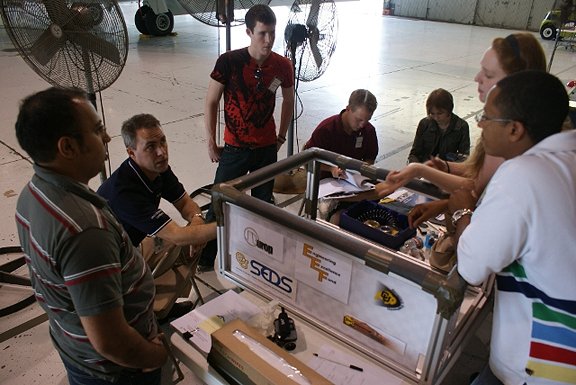 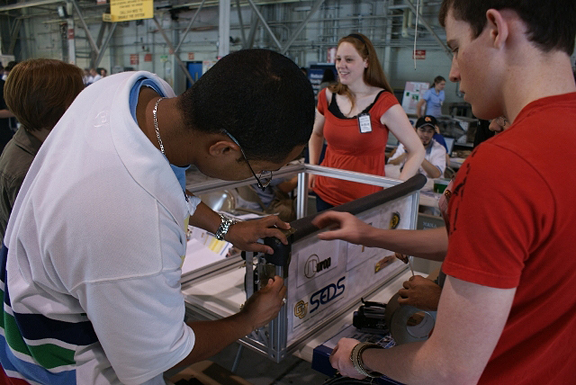