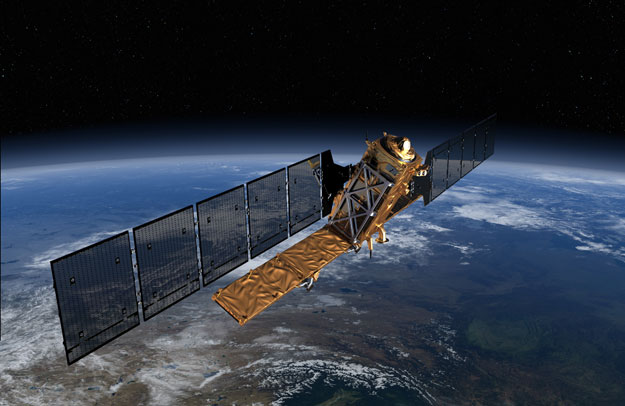 Europe’s ambitious global environmental monitoring programme will now be able to move into operation thanks to the European Parliament’s approval of the multiannual financial framework budget for 2014-20.

Marking a significant political milestone, the multiannual financial framework (MMF) includes the provision of €3786 million (at 2011 economic conditions) for the Global Monitoring for Environment and Security programme, currently being renamed Copernicus.

The approval follows difficult negotiations and the subsequent agreement reached last week at the European Council.

Copernicus is set to make a step change in the way we care for the planet by providing reliable, timely and accurate services to manage the environment, understand and mitigate the effects of climate change and help respond to crises.

The success of the programme relies on the provision of robust data, predominately from Earth observation satellites.

ESA is developing the series of Sentinel satellites for this purpose, but also draws on data from other space agencies that are contributing to the programme. In essence, ESA is responsible for the ‘space component’.

The first three Sentinels are expected to be launched within the next 12 months.

Parliament’s approval of the MMF means that the programme can move forward over the next seven years, safeguarding considerable investments already made by ESA and EU Member States.

Coordinating the evolution of the Copernicus Space Component, ESA has prepared a long-term plan for the content and associated funding needs up to 2028.

This Copernicus Space Component Long Term Scenario was recently presented to ESA and EU Member States. It will now be updated to ensure full coherence with the Copernicus regulation once the decision process is finalised.

ESA Member States have already made significant investments in the space component through Ministerial Conferences in 2005, 2008 and 2012. With the MFF now secure, ESA’s Member States may be engaged again towards the end of the decade for the development of the next-generation Copernicus space component, which will be driven by political and service priorities expressed by the EU.

Josef Aschbacher, Head of ESA’s GMES Copernicus Space Office, said, “The approval of the Copernicus programme within the MFF is a major milestone, bearing in mind that in June 2011 it had been proposed to fund Copernicus outside the MFF.

“ESA is clearly very pleased that Copernicus is now within the MFF, albeit with a reduced budget.

“We have made a real effort to propose a solution that responds to Copernicus user priorities in terms of long-term continuity, frequency of observations and evolution of the system within the new level of funding.

“There remains much to be done, but we now look forward to taking the programme into operation.”