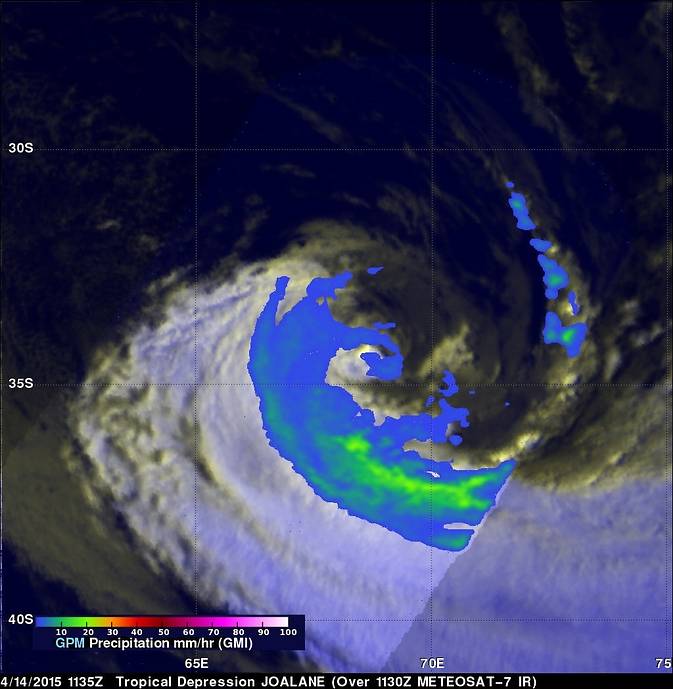 The GPM satellite showed the effects of wind shear and waning rainfall rates in Extra-tropical Cyclone Joalane as it was moving in a southeasterly direction through the Southern Indian Ocean.

At NASA’s Goddard Space Flight Center in Greenbelt, Maryland, reflectivity data derived from the Ku band on GPM’s dual frequency radar was used to create a three-dimensional image of the extra-tropical cyclone.

Joalane continued to weaken and is expected to dissipate in a day or two.