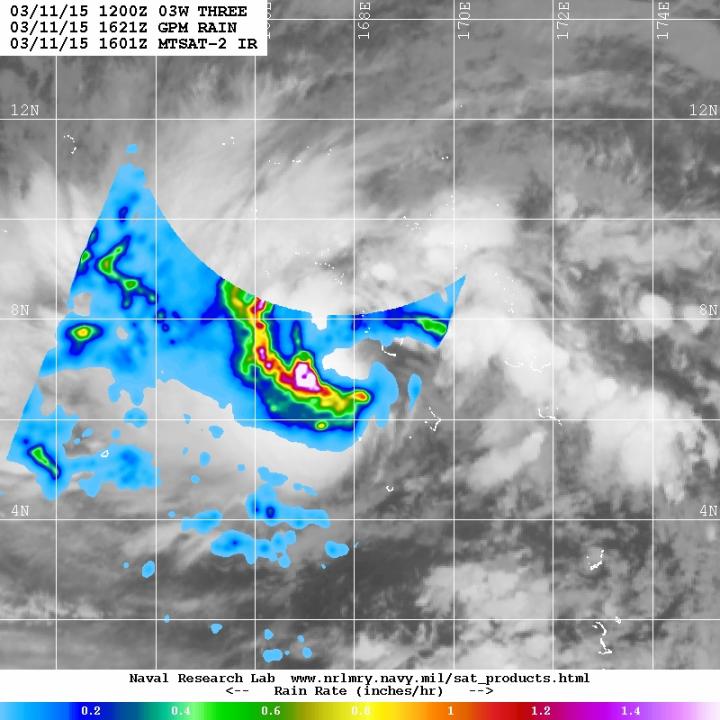 A tropical storm watch was already in effect on March 11 for Ujae and Ailinglaplap atolls in the western Marshall Islands.

The Global Precipitation Measurement or GPM core satellite gathered rainfall data on TD03W when it passed overhead on March 11 at 16:21 UTC (12:21 p.m. EDT). GPM saw that the heaviest rainfall was occurring southwest of the center of circulation where rainfall rates were near 1.6 inches (40 mm) per hour.

TD03W is forecast to move to the west-northwest toward Guam.