By SpaceRef Editor
May 8, 2015
Filed under Earth, Earth Science, NASA HQ, US 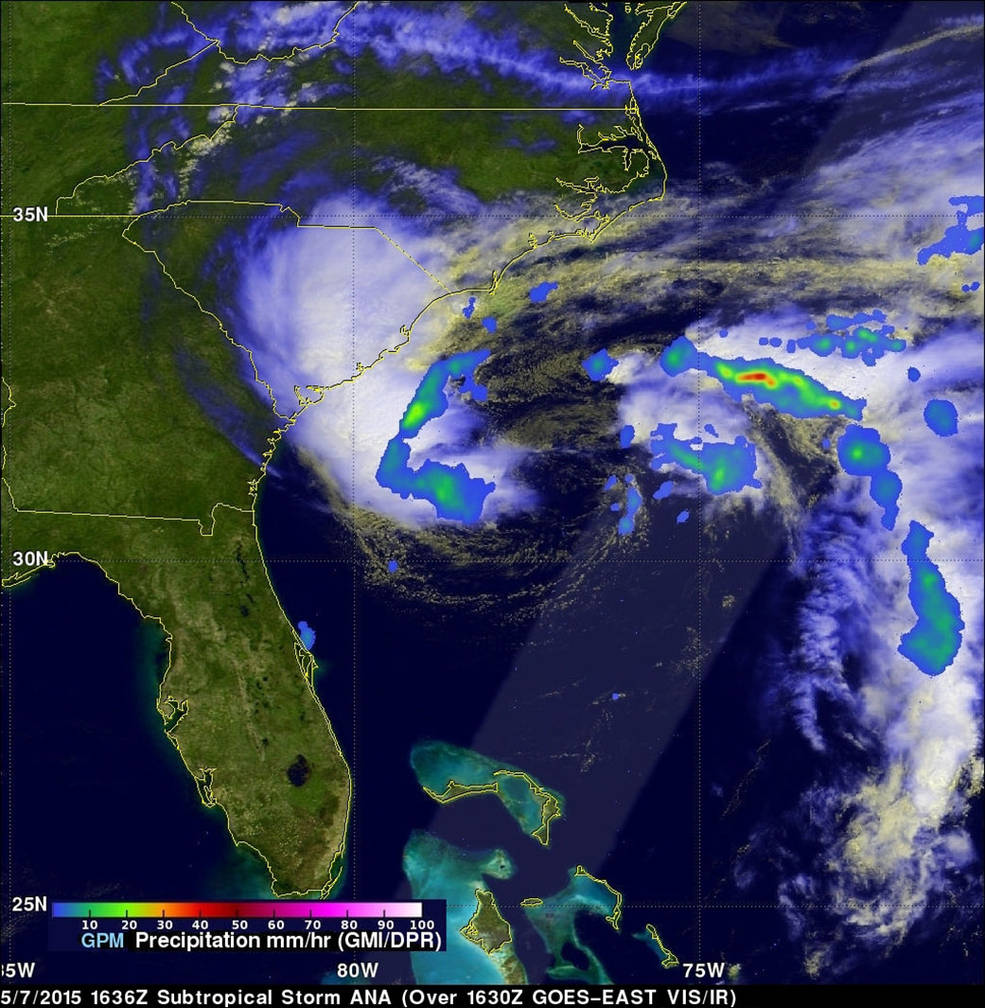 During the past few days subtropical storm ANA was developing off the southeastern coast of the United States. Yesterday and today the GPM core observatory satellite had two good views of subtropical storm ANA. The image above shows the developing subtropical storm on May 7, 2015 at 1636 UTC (12:36 PM EDT). This GPM pass occurred a little over 10 hours before the National Hurricane Center (NHC) issued their first advisory at 0300 UTC ( 11:00 PM EDT). This image shows rainfall derived from GPM’s Ku/Ka-band Dual-frequency Precipitation Radar (DPR) and a multi-channel GPM Microwave Imager (GMI) instruments. 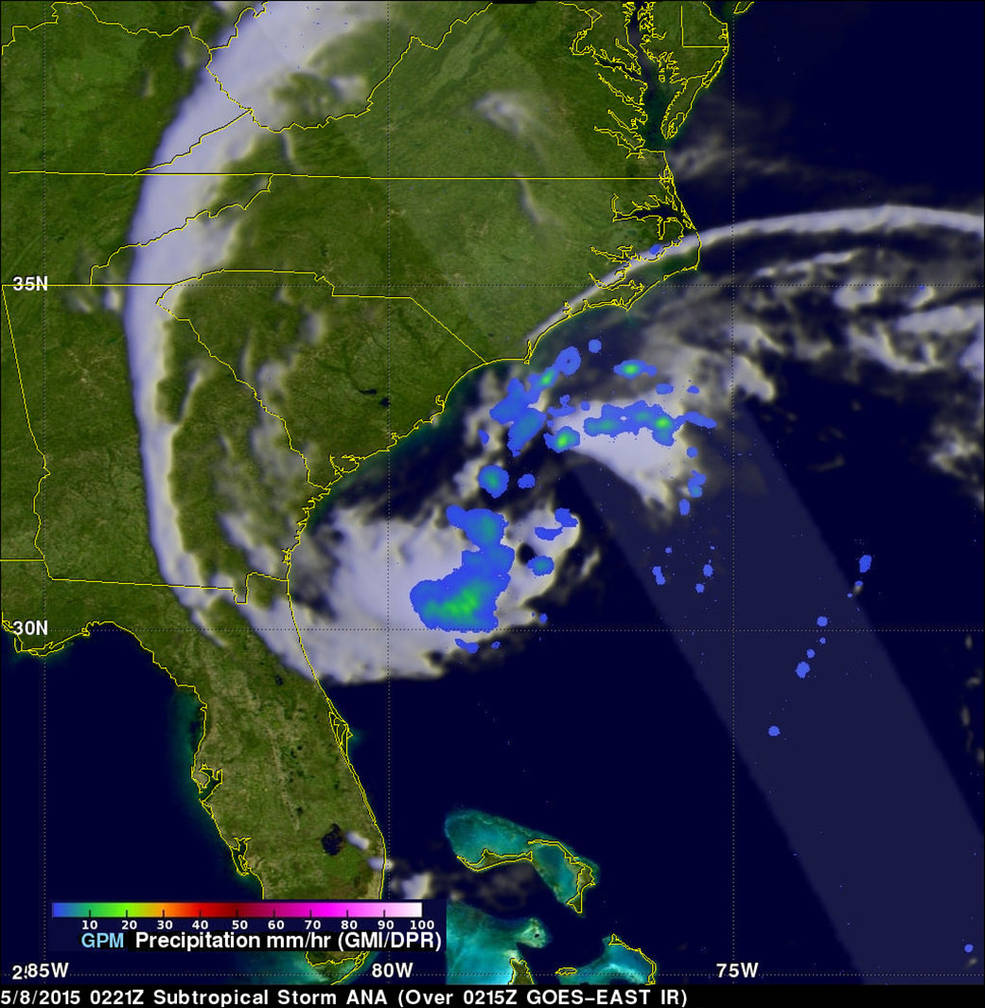 GPM flew over developing subtropical storm Ana again on May 8, 2015 at 0221 UTC ( May 7, 2015 10:21 PM EDT). Those GPM data showed light to moderate rainfall near ANA’s center as the storm moved closer to the Southeast coastline. The National Hurricane Center (NHC) indicates that ANA is showing signs of transforming into a weak tropical storm while moving toward the northwest. 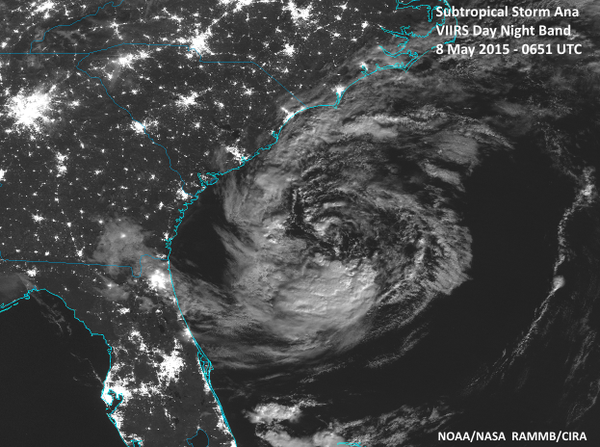