Forty-Four Years Ago Today: Apollo 14 Touches Down on the Moon

By SpaceRef Editor
February 5, 2015
Filed under Moon, NASA HQ, US 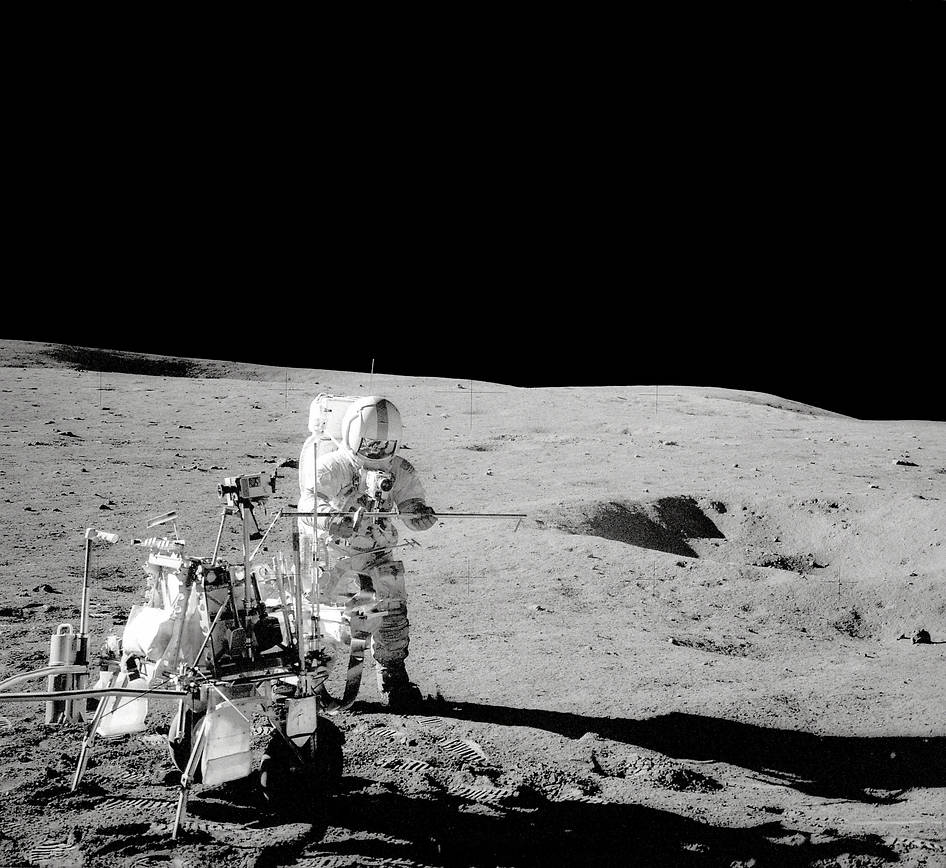 The MET was a cart for carrying around tools, cameras and sample cases on the lunar surface. Shepard can be identified by the vertical stripe on his helmet. After Apollo 13, the commander’s spacesuit had red stripes on the helmet, arms, and one leg, to help identify them in photographs.