Formation of Phobos and Deimos via a Giant Impact 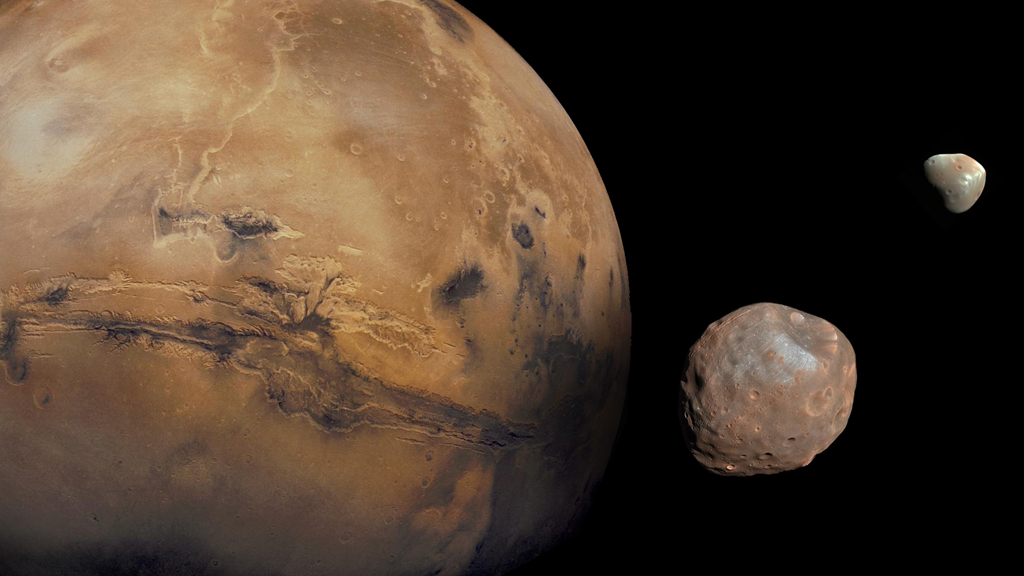 Although the two moons of Mars, Phobos and Deimos, have long been thought to be captured asteroids, recent observations of their compositions and orbits suggest that they may have formed from debris generated by one or more giant impacts of bodies with ~ 0.01 x target mass. Recent studies have both analytically estimated debris produced by giant impacts on Mars and numerically examined the evolution of circum-Mars debris disks.

We perform a numerical study (Smoothed Particle Hydrodynamics simulation) of debris retention from giant impacts onto Mars, particularly in relation to a Borealis-scale giant impact (E ~ 3 x 10^29 J) capable of producing the Borealis basin. We find that a Borealis-scale impact is capable of producing a disk of mass ~ 5 x 10^20 kg (~ 1 – 4 % of the impactor mass), sufficient debris to form at least one of the martian moons according to recent numerical studies of martian debris disk evolution. While a Borealis-scale impact may generate sufficient debris to form both Phobos and Deimos, further studies of the debris disk evolution are necessary. Our results can serve as inputs for future studies of martian debris disk evolution.