Triton was the last solid object visited by NASA’s Voyager 2 spacecraft as it headed toward the edges of our solar system.

Triton, Neptune’s largest moon, is one of the “coolest” objects in the solar system, literally, with a surface temperature of minus 235 degrees Celsius (minus 391 degrees Fahrenheit). Voyager 2 discovered that Triton has active geysers.

More information on the Voyagers is available at: http://voyager.jpl.nasa.gov/index.html. 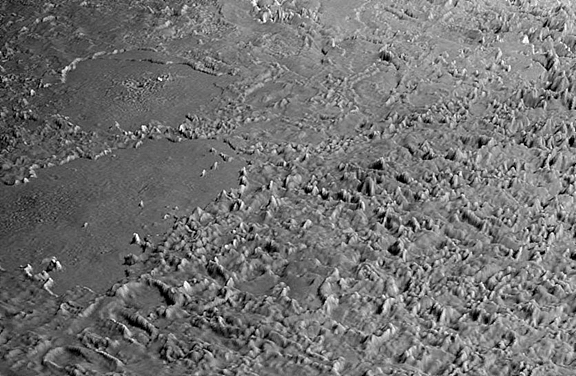