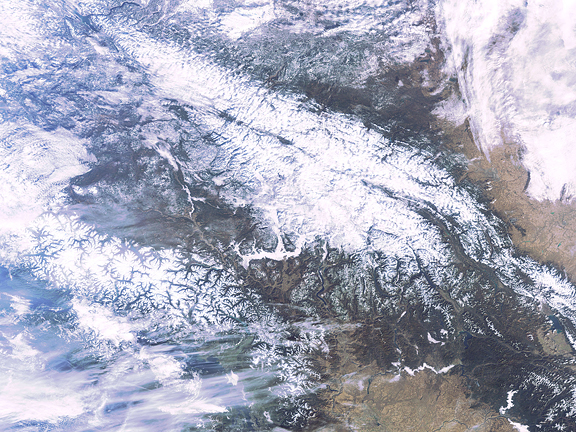 This image, acquired by Envisat’s Medium Resolution Imaging Spectrometer (MERIS) instrument on 3 November 2009, features western North America, one of the most extensive mountainous regions on Earth. Covering more than 1200 km of the west coast, several U.S states are visible in the image, including Washington and California (from the middle of the image to bottom right hand corner). Numerous aircraft condensation trails, or ‘contrails’, over northern California and southern Oregon (above California) indicate heavy air traffic over the area. Hi res Images