As the NOAA-N Prime spacecraft was being repositioned from vertical to horizontal on the “turn over cart” at approximately 7:15 PDT today, it slipped off the fixture, causing severe damage. (See attached photo). The 18′ long spacecraft was about 3′ off the ground when it fell.

The mishap was caused because 24 bolts were missing from a fixture in the “turn over cart”. Two errors occurred. First, technicians from another satellite program that uses the same type of “turn over cart” removed the 24 bolts from the NOAA cart on September 4 without proper documentation. Second, the NOAA team working today failed to follow the procedure to verify the configuration of the NOAA “turn over cart” since they had used it a few days earlier.

IMPACT ON PROGRAM/PROJECT AND SCHEDULE:

The shock and vibration of the fall undoubtedly caused tremendous damage. Significant rework and retest will be required. NOAA-N Prime is planned for launch in 2008.

Lockheed Martin formed an Accident Review Team in which GSFC is participating. The immediate actions concern safety (preventing the spacecraft from rolling, discharging the batteries, and depressurizing the propulsion system). NOAA-N Prime is under guard, all records have been impounded, and the personnel interviewed. After the safety issues are addressed, attention will focus on assessing the damage to NOAA-N Prime. 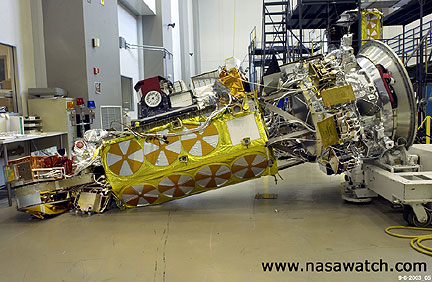 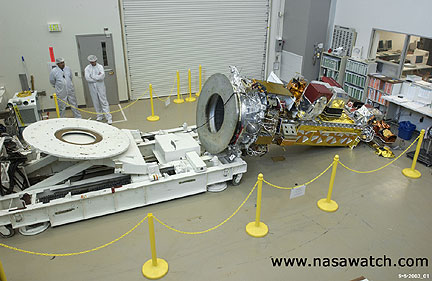 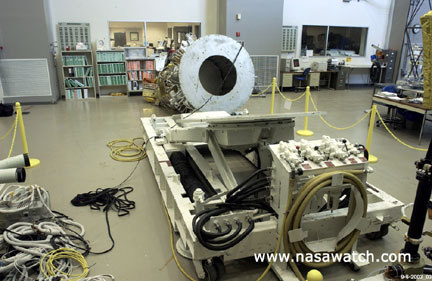 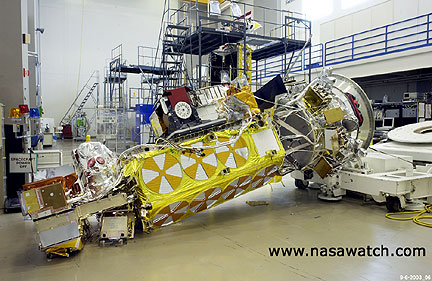