Cyclone Nathan over Cape York Peninsula As Seen From Space 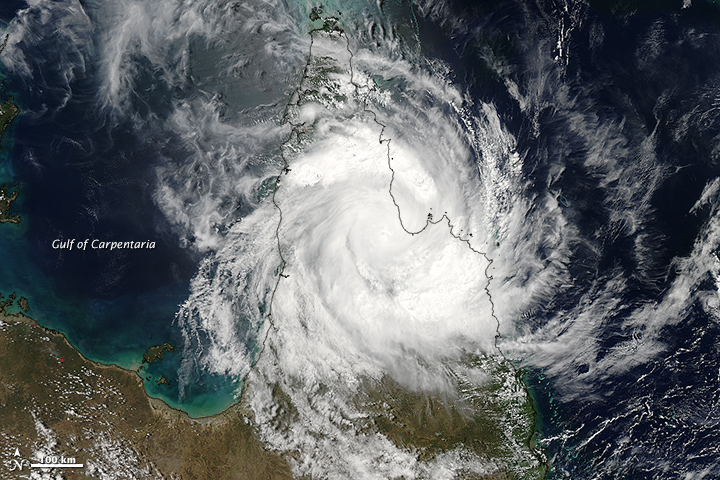 NASA’s Aqua satellite captured this image of tropical cyclone Nathan as it passed over the Cape York peninsula in March 2015. The cyclone made landfall near Cooktown on March 20, 2015 as a Category 1 storm. Damage was minimal, according to media reports. The image was acquired by the Moderate Resolution Imaging Spectroradiometer (MODIS) at 2:05 p.m. local time (04:05 Universal Time) on March 20, 2015. According to Australia’s Bureau of Meteorology, the storm had wind gusts up to 95 kilometers (60 miles) per hour as it passed the peninsula, making it a weak category 1 cyclone. Forecasters expect Nathan to strengthen into a category 2 storm as it passes the Gulf of Carpentaria on route to another landfall in Northern Territory’s Top end region.