By SpaceRef Editor
July 24, 2003
Filed under House Committee on Science Space and Technology, US

SUBCOMMITTEE ON SPACE AND AERONAUTICS

The Senate Science, Technology, and Space Subcommittee and the House Subcommittee
on Space and Aeronautics will hold a joint hearing entitled Commercial Human
Spaceflight on Thursday, July 24, 2003 at 10:00 a.m. in the Hart Senate Office Building,
room 216. The hearing will examine barriers to investing in entrepreneurial space
ventures. Topics will include the market potential of space tourism, regulatory issues,
private sector vehicle technology development, and capital investment considerations.

In 1994, the U.S. commercial space launch industry performed a study identifying future
launch market opportunities and defining next-generation launch systems and
requirements. In particular, the study concluded that while space tourism could become
an economically viable industry, the insufficient revenue potential for building a space
transportation fleet posed a barrier to realizing public space travel. Since that time,
however, a string of space tourism market forecasts and surveys have indicated a growing
demand for space tourism. As a result, new investors are emerging that are interested in
funding entrepreneurial space ventures.1 Despite the current downturn in the commercial
space market, which is a reflection of and launch vehicle overcapacity, recent long-term
forecasts for the orbital and suborbital space tourism markets2 indicate that space tourism
has the potential to generate upwards of hundreds of millions of dollars in revenue.

Several U.S. entrepreneurial space ventures are developing suborbital launch vehicles.
They believe these vehicles are uniformly smaller, have lower performance and range
(and therefore have less destructive potential in the event of an accident), and are
inherently simpler and more reliable than existing intercontinental ballistic missiles
(ICBM) -derived expendable launch vehicles, which are used to launch objects like
satellites into orbit. Many of these suborbital vehicles can be tested in an incremental fashion, with early flights limited to airplane-like performance demonstrations followed
by suborbital flight tests.


1 Wealthy individuals, that are successful in business, have decided to enter the commercial space market.
Dennis Tito, who reportedly paid a $20 million dollars to fly with the Russians to the International Space
Station in 2001; Elon Musk, who founded his launch vehicle manufacturing firm by selling his internet
companies for $1.8 billion; Jeff Bezos, the founder of Amazon.com has also started a commercial space
research venture called Blue Origin; Bob Bigelow, a real estate and land developer in Navada founded
Bigelow Aerospace; and Andy Beal, V.P. of Proranking.Com, an Internet search engine developer, was
involved in the development of a new launch vehicle design are among commercial space entrepreneurs
interested in creating commercial space launch ventures.

2 Studies conducted in 2002 by the Futron Corporation.

By law, any U.S. commercial space launch activity requires a Federal Aviation
Administration launch license. Among the eight suborbital space launch vehicle
manufacturers that have initiated commercial launch licensing procedures with the FAA,
only three have the potential to receive a license within two years. Some suborbital space
launch operators believe a launch license could be granted sooner. 3Because launch vehicles, capable of reentering Earth’s orbit, are currently too expensive
to develop, these suborbital vehicles offer the U.S. space transportation industry a new,
independent source of technical innovation beyond government’s attempts at space
transportation development.

The X PRIZE Foundation, established in 1994 as an educational, non-profit corporation
dedicated to inspiring the private sector to make technological advances in space travel, is
offering $10 million to the first competitor that can carry three people to 100 kilometers
altitude and then repeat the same flight within two weeks. Donors to the organization
include Bank One, the Danforth Foundation, and the author Tom Clancy.

Government’s role in developing a space tourism industry will be one of creating a stable
regulatory environment. Furthermore, legislation that provides financial assistance for
the launch and launch range segment demonstrates Congress interest in this area. In
particular, legislation offered by Rep. Rohrabacher, “Zero Gravity/Zero Tax Act of 2003”
(H.R. 914), is intended to provide incentives to create new markets in space by providing
a tax moratorium on space-related income and capital gains exclusion for the sale of
stock in space companies, including those involved in space tourism.

How optimistic are the space tourism market forecasts and surveys?

A variety of market surveys and forecasts suggest a difference of opinion on the future
prospects of public space travel. Early market research on the demand for space tourism
indicated the general public’s interest in traveling to space. While the findings were
promising, these surveys did not indicate a potential market. The Futron Corporation’s
recent “Space Tourism Market Study” was the first undertaking to poll the interests of
those financially able to take suborbital and orbital space flights priced anywhere from
$100,000 to $20 million. The study also includes 20-year forecasts that indicate
commercial space travel could manifest into a $1 billion industry by 2021. These
findings are the basis for commercial space entrepreneurs deciding whether to enter the
space tourism industry.


3 Burt Rutan’s Scaled Composites Company is an X PRIZE contestant, and has test flown its two-stage
suborbital launch vehicle system (White Knight/SpaceShipOne). Rutan predicts he will be ready to fly his
launch system to 100 kilometers (suborbital altitude) by the end of the year.


What is the status of regulatory development?

Currently, there is no clear policy concerning how the FAA will regulate space launch for
suborbital space tourism. This is primarily because of a jurisdictional dispute between
two FAA organizations involving which has oversight over commercial human
spaceflight operations. FAA’s Aircraft Certification and Regulations Office (AVR),
which regulates the commercial airline industry, believes that it should regulate
suborbital space vehicles carrying tourist, because according to the U.S. Code for
Aviation Safety, it has regulatory authority over passenger-carrying vehicles that traverse
the U. S. national airspace. But FAA’s Associate Administrator for Commercial Space
Transportation (AST), which regulates traditional rockets of the kind that launch satellites
into orbit, disagrees. AST asserts that its authority under the Commercial Space Launch
Act (CSLA) [P.L. 98-575] authorizes it to regulate the U.S. commercial launch industry,
including suborbital launch vehicles, even those that carry passengers should they be
developed. Congress may be required to intervene legislatively to resolving this agency
impasse.

How significant are regulatory barriers in making investment decisions?

Several U.S. commercial space entrepreneurs have announced plans to develop and
operate suborbital space vehicles, but they face very high regulatory burdens. High
altitude flight tests for these vehicles are currently subject to FAA experimental aircraft
safety regulations, but those regulations prohibit these companies from flying passengers
for compensation. Commercial space entrepreneurs are concerned that the cost of
complying with existing regulations for certifying passengers aboard aircraft would be
too expensive. They also argue that applying an aircraft safety certification regime to
suborbital vehicles is inappropriate, because of the cost involved to comply with
experimental aircraft regulations. Burt Rutan has claimed that the cost of compliance
could be ten times as great as the vehicle’s development costs. Moreover, entrepreneurs
would not want to set a legal precedent that their launch vehicles are experimental
aircraft, because these regulations prohibit suborbital space launch vehicles to carry
passengers for profit. They believe this situation can be avoided if AST were to regulate
the industry and build an affirmative, enabling regulatory and legal framework that
promotes development of operationally safe suborbital vehicles and services.

Should the government provide indemnification for space tourism activities as it does for
other commercial space launch entities?

Currently, the government provides indemnification to the U.S. space transportation
industry as a condition for obtaining a license to launch a satellite into orbit. Government
liability risk sharing for third-party claim (for example, if a rocket flies off course and
lands in a populated area) against a space launch company follows a multi-tier regime, in
which the FAA determines the level of financial responsibility (up to the first $500
million in damages) for the company, and requires the company to obtain private
insurance against such losses. The government agrees to be responsible for damages that
fall within a range of $500 million to $1.5 billion. The responsibilities for damages that
exceed this range revert back to the company. An indemnification regime regarding
suborbital space tourism does not currently exist, and whether it should exist for these vehicles remains an open question. AST believes it is the responsibility of the launch
operator to acquire liability insurance to cover passenger claims.

What are the benefits and drawbacks of indemnifying commercial human spaceflight
ventures?

All commercial space entrepreneurial ventures are anticipating that they will be able to
purchase third-party liability insurance. Commercial space entrepreneurs believe
insurance providers are basing their willingness to serve the suborbital space tourism
market on the assumption that the government will grant space travel ventures the same
liability risk-sharing regime that currently applies to all other commercial launch and
reentry activities. The commercial space entrepreneurs also believe that new companies
appear prepared to meet the same statutory and regulatory financial responsibility and
insurance purchase requirements as the large aerospace contractors who launch satellites
into orbit. But commercial space entrepreneurs reasonably expect to share in the existing
indemnification protection against excess third party claims. On the other hand,
indemnifying space launch vehicles that perform like airplanes translates into higher
frequency of launch activity, which in turn, suggests increases in the probability of
government covering damages to third parties. Whether an accident involving a
suborbital space launch vehicle could cause damage in excess of $500 million is unclear.

Mr. Phil McAlister [prepared testimony] is the Director of Space and Telecommunications Industry Analysis
Division at the Futron Corporation. He manages the corporations’ industry analysis and
market research. Over his career, he has participated in the design and development of
new launch vehicles, the redesign of the International Space Station, plus several
commercial satellite endeavors.

Mr. Dennis Tito [prepared testimony] is founder and CEO of Wilshire Associates, Inc., and created the first
asset/liability model for pension funds long before actuarial and accounting firms began
using the technology. Mr. Tito became the world’s first space tourist in April 2001 when
he was launched aboard a Russian rocket to the International Space Station.

Mr. Elon Musk [prepared testimony] founded two Internet companies Zip2 Corporation and PayPal. Mr.
Musk is now founder and President of SpaceX, a launch vehicle manufacturing company
that is developing a family of space launchers intended to reduce the cost and increase the
reliability of access to space by approximately one order of magnitude.

Jon Kutler [prepared testimony] is Chairman, CEO, and Founder of Quarterdeck Investment Partners, LLC.
Mr. Kutler is a nationally recognized expert in the field of aerospace and defense and he
has served as Chairman of the White House Small Business Task Force on Defense
Conversion. 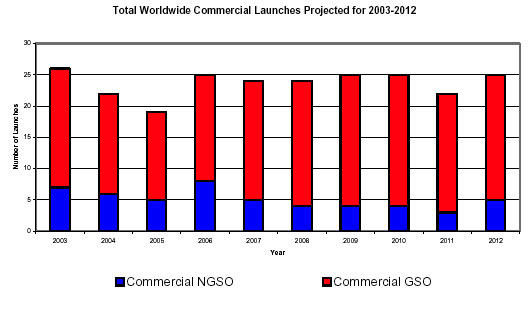 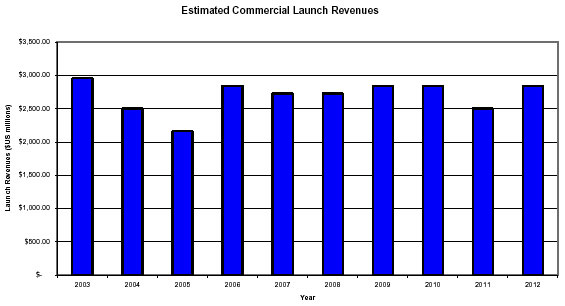 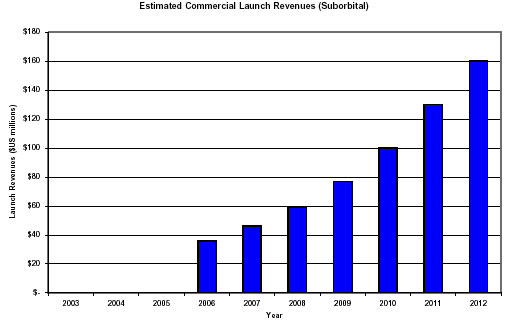