Cassini Changes Orbit To Get Better View of Saturn’s Rings 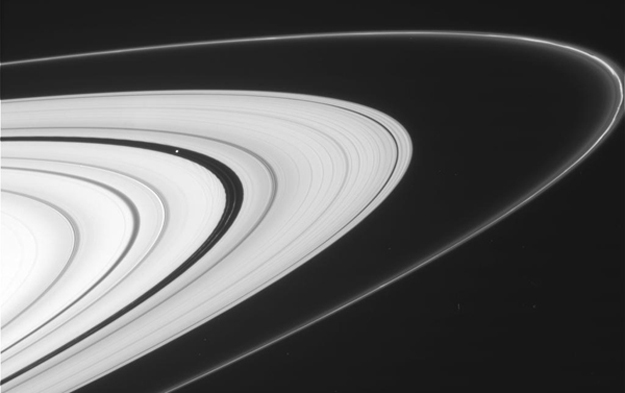 It’s been nearly two years since NASA’s Cassini spacecraft has had views like these of Saturn’s glorious rings. These views are possible again because Cassini has changed the angle at which it orbits Saturn and regularly passes above and below Saturn’s equatorial plane. Steeply inclined orbits around the Saturn system also allow scientists to get better views of the poles and atmosphere of Saturn and its moons.

Cassini’s recent return of ring images has started to pay off. A group of scientists has restarted the team’s studies of propeller-shaped gaps. These gaps are cleared out by objects that are smaller than known moons but larger than typical ring particles. Cassini scientists haven’t seen propellers in two years. Matt Tiscareno, a Cassini imaging team associate at Cornell University, Ithaca, N.Y., and colleagues have been following these objects for several years. Because some of the propellers are exactly where models predicted they would be, scientists believe they are seeing some old friends again.

Scientists are eagerly waiting for the other data that will come from this change in perspective. What’s the secret to getting Cassini to orbit at such high angles? Cassini’s lead navigator, Duane Roth, explains in a JPL blog post: http://blogs.jpl.nasa.gov/2012/07/a-different-slant/.