Birth of Tropical Cyclone 5B in Bay of Bengal 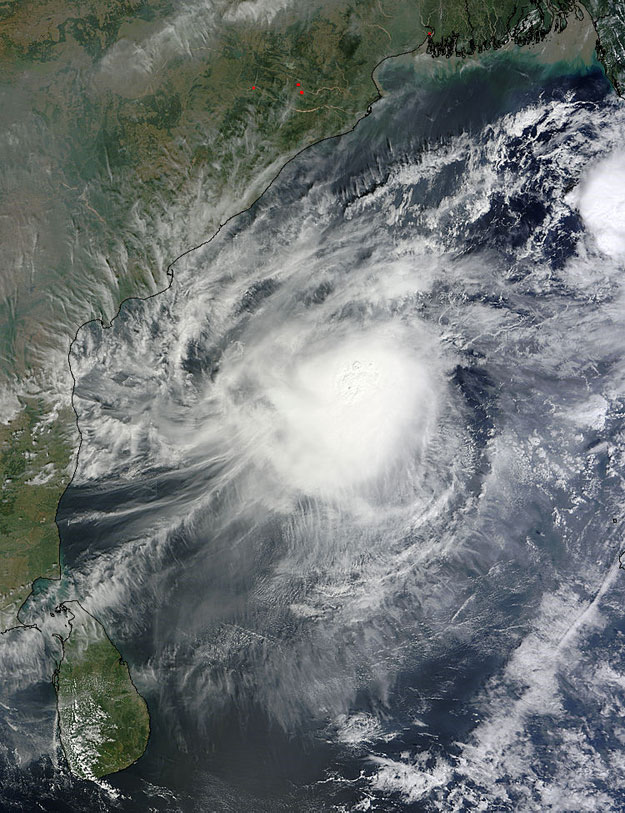 The fifth tropical cyclone of the Northern Indian Ocean season formed in the Bay of Bengal as NASA’s Terra satellite passed overhead and captured an image of the storm.

When Terra passed over Tropical Cyclone 5B on Nov. 6 at 05:05 UTC (12:05 a.m. EST), the MODIS instrument aboard took a visible image of the storm. The MODIS image showed a concentrated storm with strong thunderstorms circling tight around the center and in the northeastern quadrant.

Forecasters at the Joint Typhoon Warning Center said that an upper-level (atmospheric) analysis indicates the system remains in a generally favorable environment with moderate vertical wind shear and good outflow. Additionally, sea surface temperatures are relatively high in this region, which will help it maintain strength and slightly intensify over the next two days.

JWTC forecasters expect Tropical Cyclone 5B to make landfall near Chennai on Nov. 9 and dissipate over land quickly.