This image, LO-IV-179-H1, taken by Lunar Orbiter IV on May 24, 1967 at 16:19:23.809 GMT, shows a portion of the lunar south polar region. The altitude of the spacecraft when this image was taken was 3,591.83 kilometers. The resolution of the image is 78.432 meters per pixel. In addition to the Moon’s south pole (shaded), craters visible in this image include Drygalski, Cabeus (with its two satellite craters Cabeus A and Cabeus B), Malapert, Haworth, and Shoemaker. 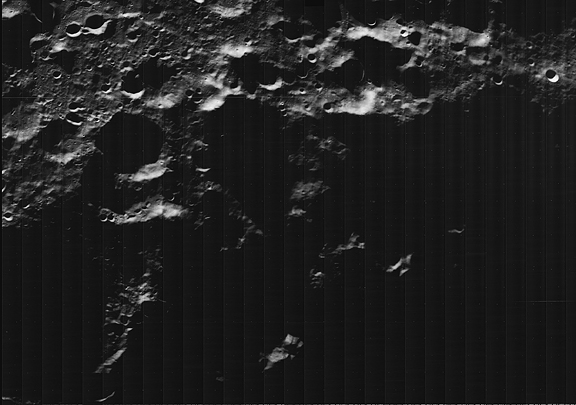