By SpaceRef Editor
September 27, 2021
Filed under NASA HQ, US

On the night of Sept. 23-24, 1846, astronomers discovered Neptune, the eighth planet orbiting around the Sun. The discovery was made based on mathematical calculations of its predicted position due to observed perturbations in the orbit of the planet Uranus. The discovery was made using a telescope since Neptune is too faint to be visible to the naked eye, owing to its great distance from the Sun. Astronomers soon discovered a moon orbiting Neptune, but it took more than a century to discover a second one. Our knowledge of distant Neptune greatly increased from the scientific observations made during Voyager 2’s flyby in 1989, including the discovery of five additional moons and confirmation of dark rings orbiting the planet. 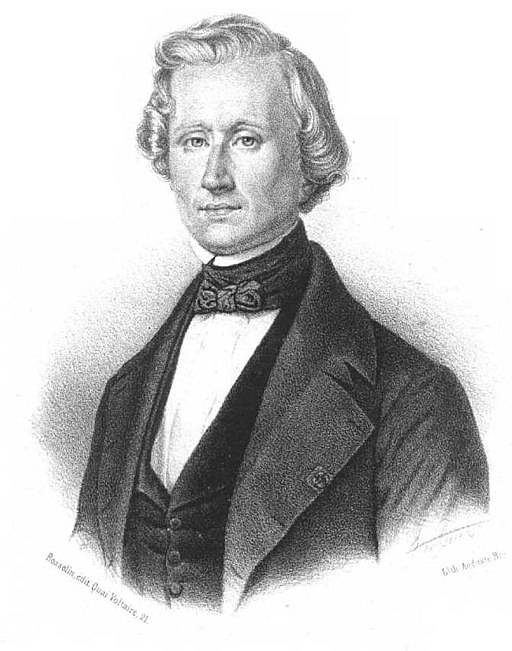 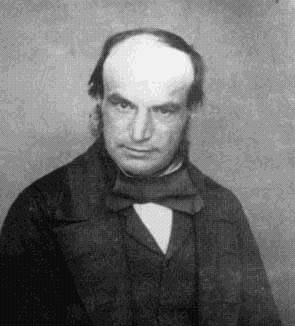 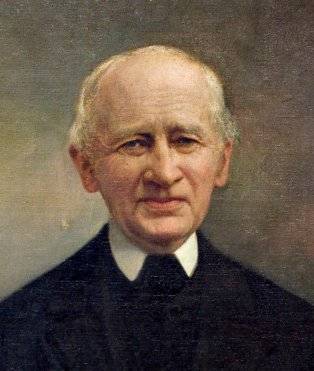 With the 1781 discovery of Uranus, the number of known planets in the solar system grew to seven. As astronomers continued to observe the newly discovered planet, they noticed irregularities in its orbit that Newton’s law of universal gravitation could not fully explain. However, effects from the gravity of a more distant planet could explain these perturbances. By 1845, Uranus had completed nearly one full revolution around the Sun and astronomers Urbain Jean-Joseph Le Verrier in Paris and John Couch Adams in Cambridge, England, independently calculated the location of this postulated planet. Based on Le Verrier’s calculations, on the night of Sept. 23-24, 1846, astronomer Johann Gottfried Galle used the Fraunhofer telescope at the Berlin Observatory and made the first observations of the new planet, only 1 degree from its calculated position. In retrospect, following its formal discovery, it turned out that several astronomers, starting with Galileo Galilei in 1612, had observed Neptune too, but because of its slow motion relative to the background stars. did not recognize it as a planet. 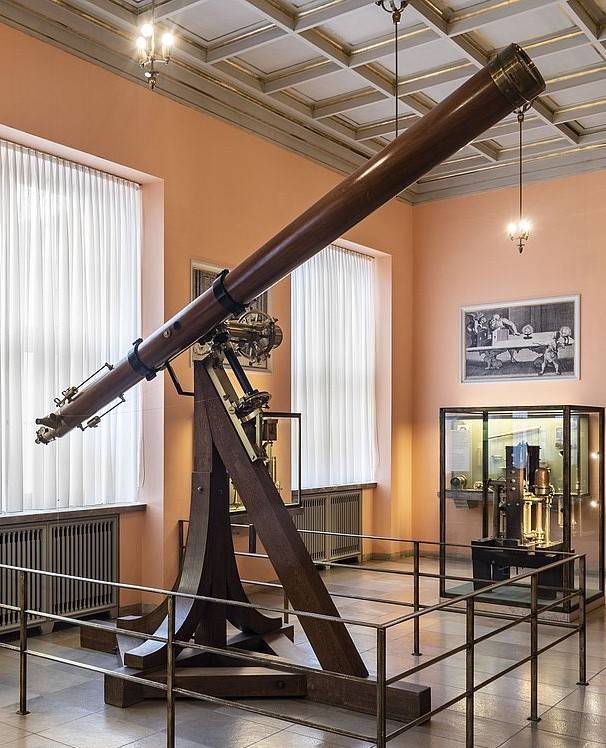 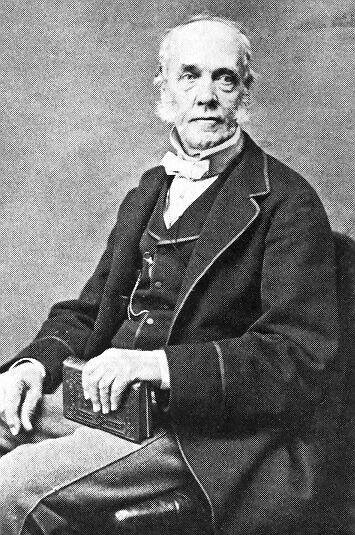 On Oct. 10, 1846, just 17 days after the discovery of Neptune, astronomer William Lassell discovered a moon orbiting around the planet using a self-built telescope. The moon did not officially receive its name of Triton until a second moon, Nereid, was discovered in 1949. A third moon was discovered in 1981 during an unsuccessful search for rings around the planet. Due to its remoteness, about 30 times as far from the Sun as the Earth, much about Neptune remained a mystery beyond some basic information. Astronomers knew that Neptune was the fourth largest planet in the solar system, and like the other gas giants, its atmosphere was composed primarily of hydrogen and helium. Temperatures at its cloud tops were estimated at around 55 Kelvin, or minus 361 degrees Fahrenheit. Neptune’s day was estimated at around 16 hours. 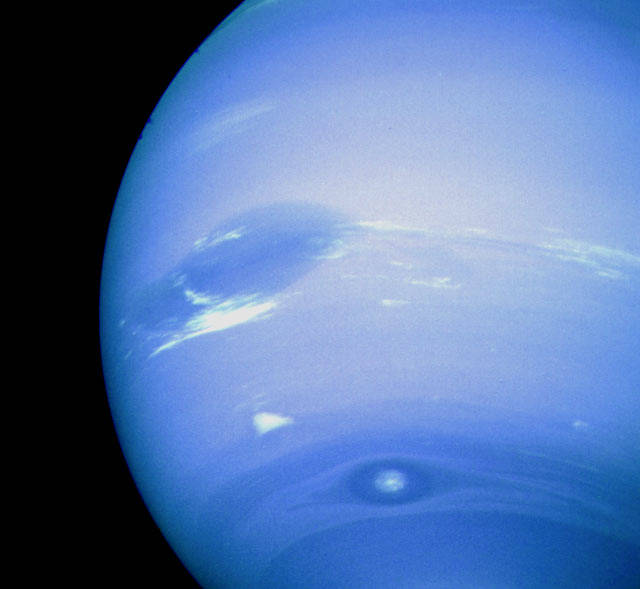 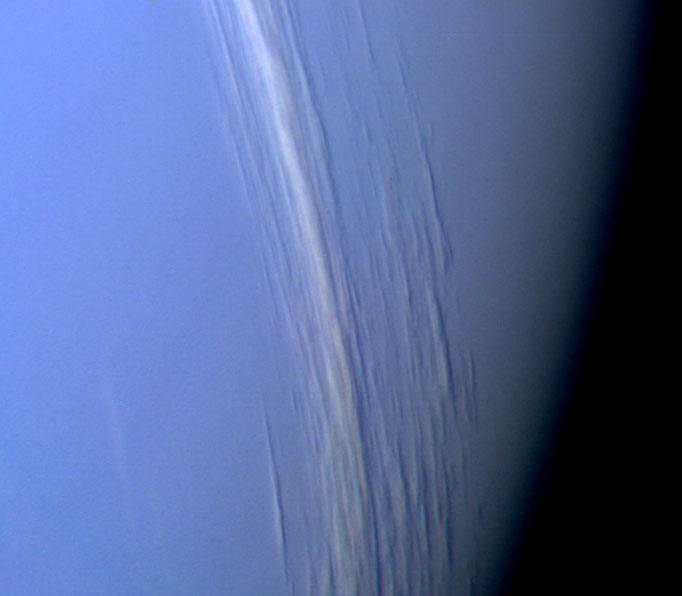 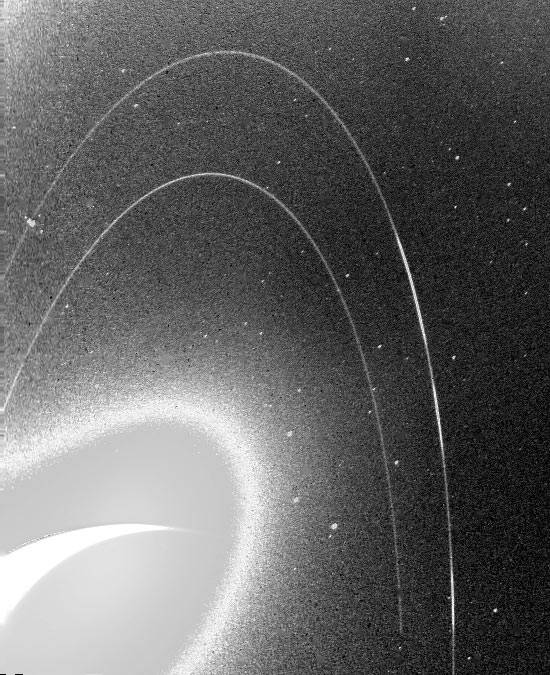 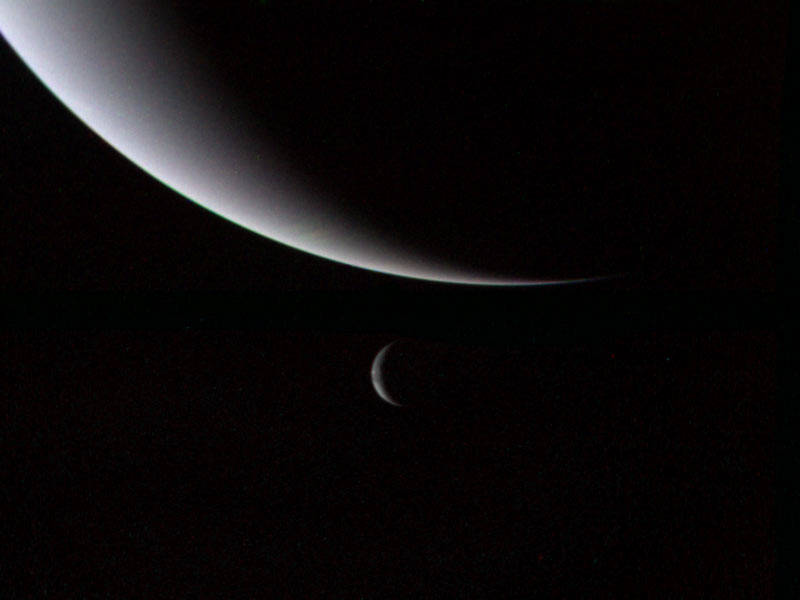 On Aug. 25, 1989, passing about 3,408 miles above Neptune’s north pole, Voyager 2 made its closest approach to any planet since leaving Earth in 1977. During its four-month observation period, the spacecraft returned more than 9,000 photographs of the planet, its moons, and its rings, and returned a wealth of scientific information. Voyager 2 imaged a large storm called the Great Dark Spot and clouds in the planet’s upper atmosphere. On the 840-mile-wide moon Triton, the spacecraft observed clouds and hazes in its atmosphere and revealed geyser-like features within its polar cap. Voyager 2 also discovered five additional inner moons and confirmed that a set of dark rings encircle the planet. Five more small moons were discovered using a large ground-based telescope in 2001 and a 14thmoon was identified in 2013 in images from the Hubble Space Telescope taken in 2009.