Experiments seeking a better understanding of Parkinson’s disease and the origin of cosmic rays are on their way to the International Space Station aboard a SpaceX Dragon spacecraft following today’s 12:31 p.m. EDT launch.
Carrying more than 6,400 pounds of research equipment, cargo and supplies, the spacecraft lifted off on a Falcon 9 rocket from Launch Complex 39A at NASA’s Kennedy Space Center in Florida on the company’s 12th commercial resupply mission. It will arrive at the space station Wednesday, Aug. 16, at which time astronauts Jack Fischer of NASA and Paolo Nespoli of ESA (European Space Agency) will use the space station’s robotic arm to capture it.

NASA Television and the agency’s website will provide live coverage of spacecraft rendezvous and capture beginning at 5:30 a.m., followed by installation coverage at 8:30 a.m.

SpaxceX Webcast of the Launch

Research materials flying inside the Dragon’s pressurized area include an experiment to grow large crystals of leucine-rich repeat kinase 2 (LRRK2), a protein believed to be the greatest genetic contributor to Parkinson’s disease. Gravity keeps Earth-grown versions of this protein too small and too compact to study. This experiment, developed by the Michael J. Fox Foundation, Anatrace and Com-Pac International, will exploit the benefits of microgravity to grow larger, more perfectly-shaped LRRK2 crystals for analysis on Earth. Results from this study could help scientists better understand Parkinson’s and aid in the development of therapies. 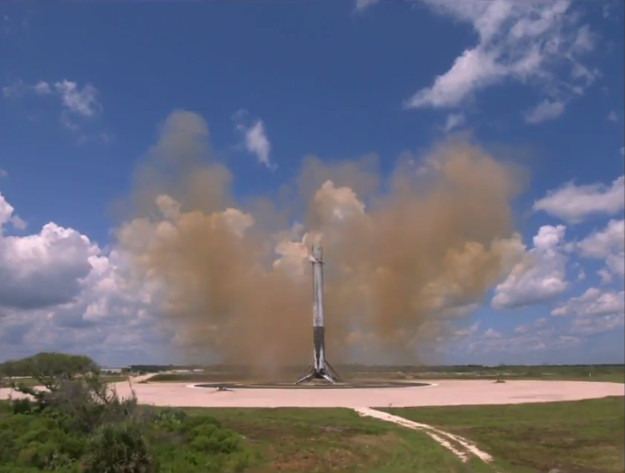 The Kestrel Eye (NanoRacks-KE IIM) investigation is a microsatellite carrying an optical imaging payload, including a commercially available telescope. This investigation, sponsored by the U.S. National Laboratory, tests the concept of using microsatellites in low-Earth orbit to support critical operations, such as lowering the cost of Earth imagery in time-sensitive situations such as tracking severe weather and detecting natural disasters.

The Cosmic Ray Energetics and Mass instrument will be attached to the Japanese Experiment Module Exposed Facility on the space station, and measure the charges of cosmic rays. The data collected from its three-year mission will address fundamental questions about the origins and histories of cosmic rays, building a stronger understanding of the basic structure of the universe.

Dragon is scheduled to depart the space station in mid-September, returning more than 3,300 pounds of science, hardware and crew supplies to Earth.

For more than 16 years, humans have lived and worked continuously aboard the International Space Station, advancing scientific knowledge and demonstrating new technologies, making research breakthroughs not possible on Earth to enable long-duration human and robotic exploration into deep space. A global endeavor, more than 200 people from 18 countries have visited the unique microgravity laboratory that has hosted more than 1,900 research investigations from researchers in more than 95 countries.