The SpaceX Dragon spacecraft which was launched on August 14 from Falcon 9 rocket has arrived at the International Space Station.
The unpiloted spacecraft is loaded with more than three tons of supplies and scientific investigations. The Dragon spacecraft was captured by Expedition 52 crewmembers Jack Fischer of NASA and Paolo Nespoli of the European Space Agency operating the station’s Canadarm2 robotic arm. Dragon will spend about a month attached to the Earth-facing port of the Harmony module. 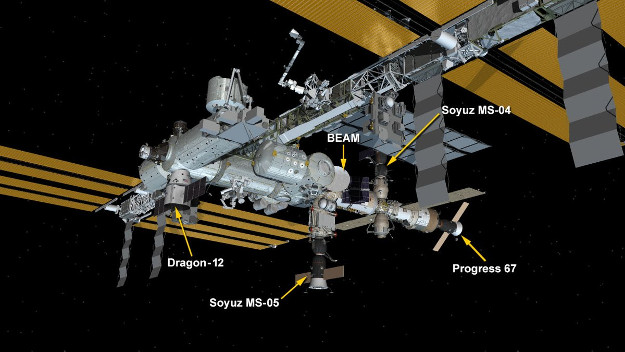