Four pepper plants growing in the Advanced Plant Habitat (APH) aboard the International Space Station have sprouted several flowers in the past week since NASA astronaut Megan MacArthur shared photos of some of the first flowers blooming.
These flowers are developing into edible chiles astronauts will sample later this year. larger image

A team of plant researchers at NASA’s Kennedy Space Center has closely monitored the peppers as they flowered and run the APH’s internal fans at variable speeds to create a gentle breeze inside the growth chamber to assist in pollinating the peppers.

The Plant Habitat-04 experiment is one of the most challenging plant experiments to date, in part because of the long germination and growing times of the peppers. NASA astronaut Shane Kimbrough initiated the experiment on July 12, and the peppers will grow for 120 days, with astronauts harvesting the chiles in late October and then again in early November.

NASA is interested in learning how to grow crops in space since fruits and vegetables can supplement astronauts’ diet with key nutrients like Vitamin C and Vitamin K, which explorers will need during long-duration deep space missions in the future. 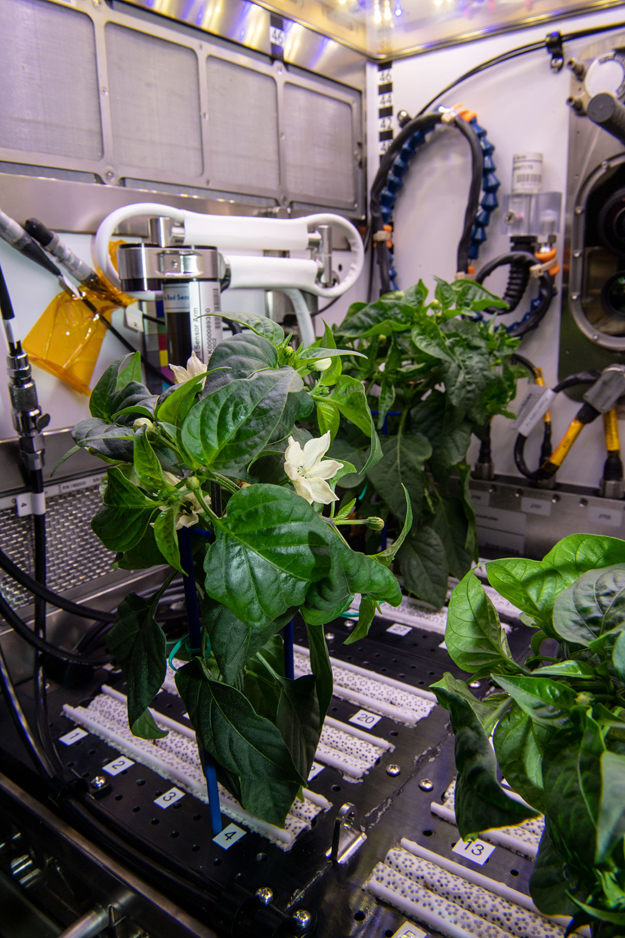