Four Expedition 67 astronauts, who have been aboard the International Space Station since November, kicked off the weekend with a light duty day today following a pair of spacewalks and a crew swap in March.
The orbiting lab’s newest crewmates, three Flight Engineers from Roscosmos, stayed busy with their science and maintenance tasks.

March was a busy month in space that saw two spacewalks, the arrival of three new cosmonauts, and finally the departure of three crewmates officially ending Expedition 66. Three NASA astronauts and one ESA (European Space Agency) astronaut took a well-deserved break on Friday following the intense period aboard the orbiting lab.

NASA Flight Engineers Kayla Barron and Raja Chari conducted the first spacewalk on March 15. Chari then joined ESA astronaut Matthias Maurer on March 23 for another spacewalk. The spacewalks were dedicated to preparing the space station for its third roll-out solar array and installing electronics and communications gear.

Dose Distribution Inside the ISS – 3D (DOSIS-3D): The DOSIS-3D Passive Detector Packages (PDPs) were photographed before and after relocation to the Service Module ceiling area. DOSIS-3D uses several active and passive detectors to determine the radiation doses inside the ISS. The goal is a three-dimensional radiation map covering all sections of the ISS.

Gravitational References for Sensimotor Performance: Reaching and Grasping (GRASP): Following the completion of the science sessions earlier in the week, today the GRASP hardware was stowed. The purpose of the GRASP investigation is to better understand how the central nervous system (CNS) integrates information from different sensations (e.g. sight or hearing), encoded in different reference frames, in order to coordinate the hand with the visual environment. More specifically, the science team seeks to better understand if, and how, gravity acts as a reference frame for the control of reach-to-grasp.

Grip: Following the completion of the Grip science sessions earlier in the week, the Grip hardware was stowed. The Grip experiment studies the long-duration spaceflight effects on the abilities of human subjects to regulate grip force and upper limbs trajectories when manipulating objects during different kind of movements such as oscillatory movements, rapid discrete movements, and tapping gestures.

Universal Intelligent Glass Optics (UNIGLO): The fiber optic cable spool and preform were exchanged twice, and the ground initiated two runs in an increased nitrogen environment. The preform is a cylindrical rod of raw material from which the fiber is pulled. UNIGLO tests the effects of microgravity on a glass optics module capable of processing various types of complex glasses. The module uses artificial intelligence (AI) to help adapt materials processing techniques to the microgravity environment and a sensor based on laser-Doppler interferometry to measure the effects of microgravity on processing complex glasses for a variety of applications in space and on Earth.

Waste and Hygiene Compartment (WHC) Manual Fill Initiation and Termination: Today, the crew initiated a manual fill of the WHC E??-?? (Water Container) using a Post-Flight Analysis Bag to capture any pressure relief to protect the dose pump. The ???-CB is intended for short-term storage and manual water transportation between facilities. After successfully filling the E??-??, the crew returned the WHC to nominal use.

Space Station Computer (SSC) 20 and 22 Swap: Today, the crew moved SSC 20 from Dragon to LAB and moved SSC 22 from LAB to Dragon. SSCs are swapped regularly to ensure that International Procedures Viewer (IPV) backups are applied to SSCs remaining in Dragon for emergency situations. SSCs are the laptops associated with non-command activities onboard the ISS. 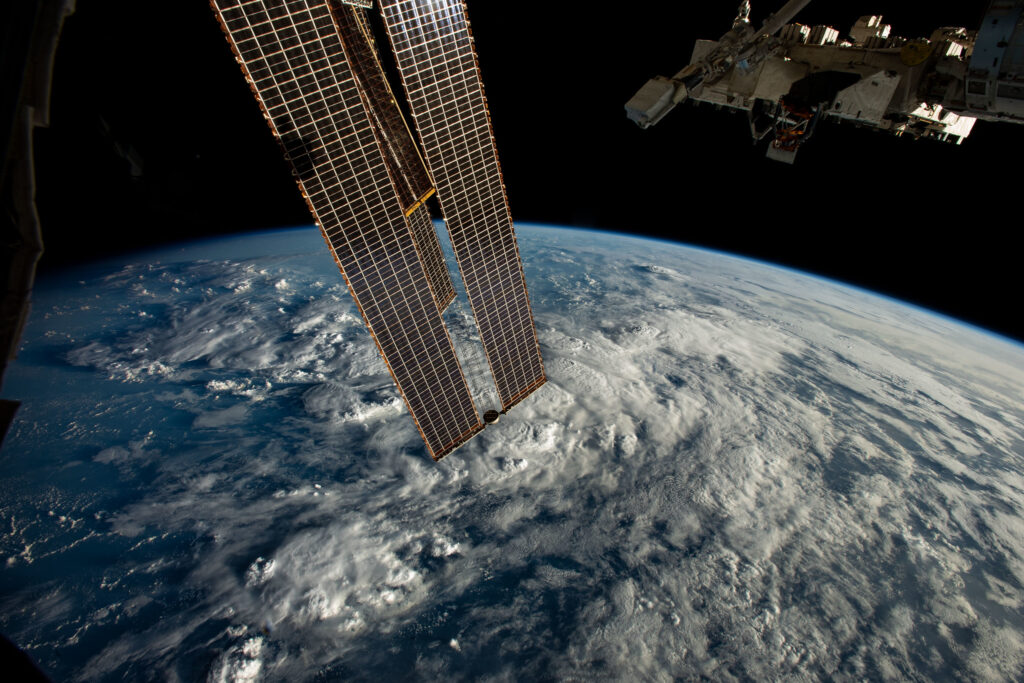