The odds of success are not greatperhaps 50% at best. However this test represents the first in a series of similar tests that will ultimately deliver a fully reusable Falcon 9 first stage.

To help stabilize the stage and to reduce its speed, SpaceX relights the engines for a series of three burns. The first burnthe boostback burnadjusts the impact point of the vehicle and is followed by the supersonic retro propulsion burn that, along with the drag of the atmosphere, slows the vehicle’s speed from 1300 m/s to about 250 m/s. The final burn is the landing burn, during which the legs deploy and the vehicle’s speed is further reduced to around 2 m/s. 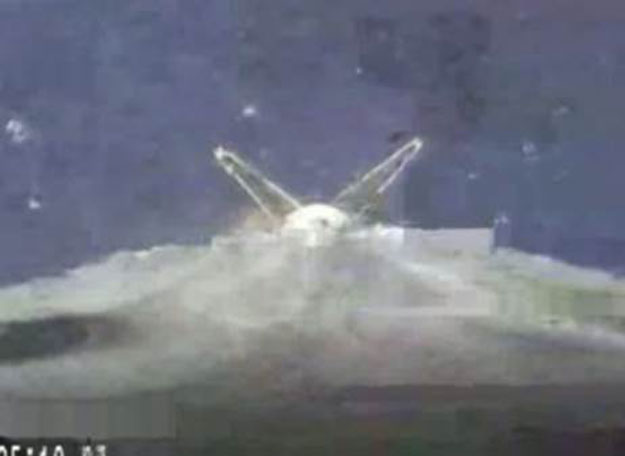 To complicate matters further, the landing site is limited in size and not entirely stationary. The autonomous spaceport drone ship is 300 by 100 feet, with wings that extend its width to 170 feet. While that may sound huge at first, to a Falcon 9 first stage coming from space, it seems very small. The legspan of the Falcon 9 first stage is about 70 feet and while the ship is equipped with powerful thrusters to help it stay in place, it is not actually anchored, so finding the bullseye becomes particularly tricky. During previous attempts, we could only expect a landing accuracy of within 10km. For this attempt, we’re targeting a landing accuracy of within 10 meters. 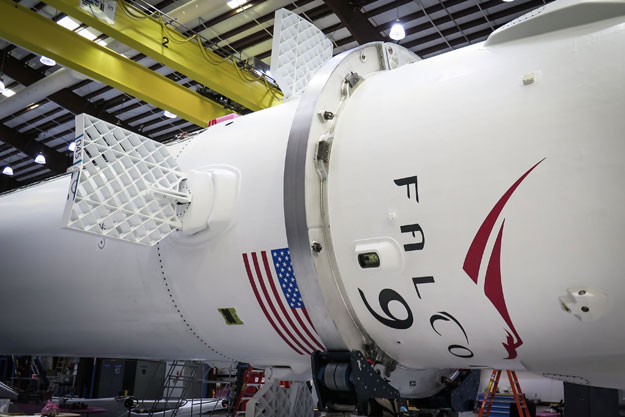 A key upgrade to enable precision targeting of the Falcon 9 all the way to touchdown is the addition of four hypersonic grid fins placed in an X-wing configuration around the vehicle, stowed on ascent and deployed on reentry to control the stage’s lift vector. Each fin moves independently for roll, pitch and yaw, and combined with the engine gimbaling, will allow for precision landing first on the autonomous spaceport drone ship, and eventually on land.

Similar steerable fins can also be seen in this test video:

The attempt to recover the first stage will begin after stage separation, once the Dragon spacecraft is safely on its way to orbit. The concept of landing a rocket on an ocean platform has been around for decades but it has never been attempted. Though the probability of success on this test is low, we expect to gather critical data to support future landing testing.

A fully and rapidly reusable rocketwhich has never been done beforeis the pivotal breakthrough needed to substantially reduce the cost of space access. While most rockets are designed to burn up on reentry, SpaceX is building rockets that not only withstand reentry, but also land safely on Earth to be refueled and fly again. Over the next year, SpaceX has at least a dozen launches planned with a number of additional testing opportunities. Given what we know today, we believe it is quite likely that with one of those flights we will not only be able to land a Falcon 9 first stage, but also re-fly.