World View’s founder and CEO, Jane Poynter, formerly a Biosphere 2 crew member with a long and successful executive career in aerospace, lauds the moment as a major step in unlocking the untapped economic and scientific potential of the stratosphere. “World View and Spaceport Tucson are at the forefront of opening an entirely new economy in the stratosphere,” said Poynter. “For decades, trillions of dollars of commerce have been transacted in commercial airspace and in low-earth orbit, but the stratosphere has been largely ignored. With the grand opening of this facility and all the great work being done within its walls, we’re embarking on a new era of affordable and meaningful commercial access to this layer of Earth’s atmosphere.” 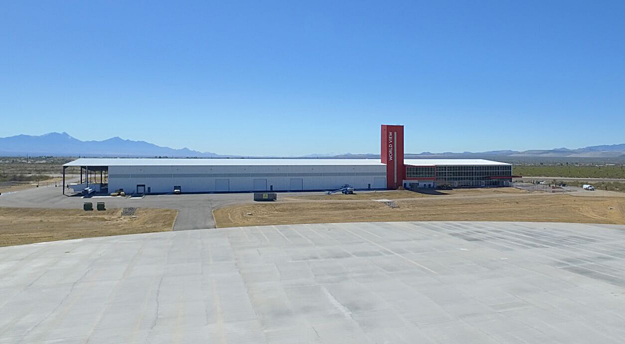 World View made the decision to call Tucson, AZ home after a rigorous nation-wide search and negotiations with multiple state agencies. The newly constructed facility in Tucson, AZ will house the company’s stratospheric balloon manufacturing, stratocraft assembly, Stratollite and Voyager development activities, payload integration, and flight mission control. Among many of the unique features of the facility is a stratospheric balloon manufacturing table stretching over 1/10 of a mile long, a 100ft tall parafoil test and quality control tower currently housing one of the world’s largest parafoils, and a world-class mission control room overlooking the 700ft diameter launch pad that is Spaceport Tucson. 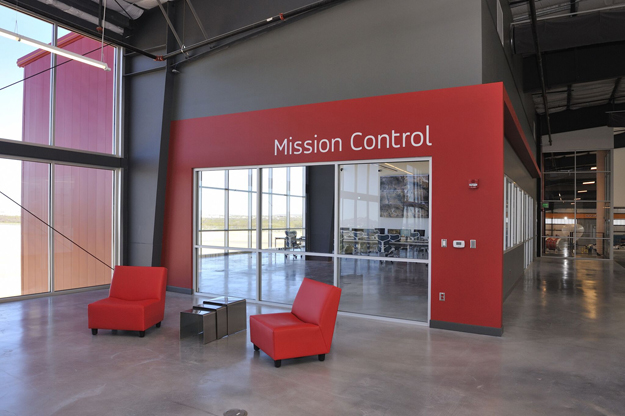 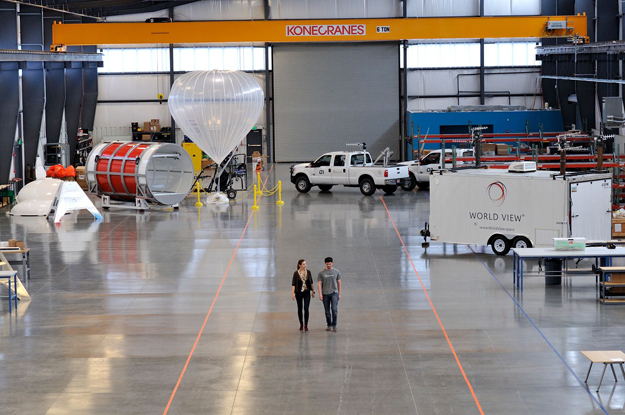 “[Arizona] has a bright and prosperous future thanks to companies like World View that continue to push the boundaries of technology, innovation, and exploration,” said Arizona U.S. Senator John McCain. “In just a few short years, World View has made historic breakthroughs that have revolutionized the areas of disaster recovery, first response, communications, and weather forecasting. World View’s remarkable research and development will soon make possible what was previously impossible.” 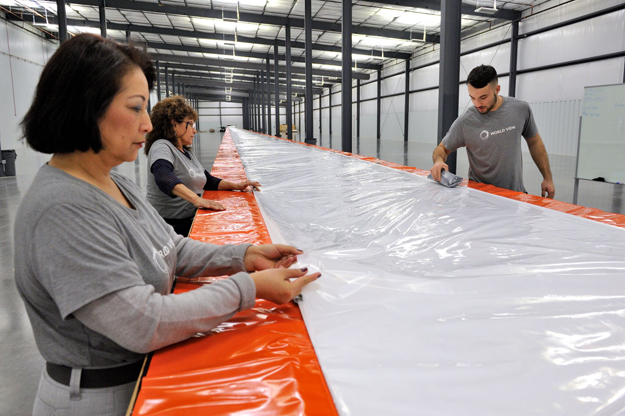 World View’s new remotely managed, un-crewed Stratollite vehicle, offers low-cost, long-duration (up to months at a time) persistence over customer-specified areas of interest. Among its wide variety of uses, the Stratollite will deliver a capability that will help researchers greatly advance our knowledge of planet Earth, improve our ability to identify and track severe weather, and assist first responders during natural disaster. Similar to a geo-stationary satellite (but in the stratosphere via high-altitude balloon) this new class of vehicle will offer a long sought after capability in aerospace – low-cost, continuous persistence over areas of interest. World View’s proprietary altitude-control technology allows it to harness the near-360° countervailing stratospheric winds to steer the Stratollite to and from desired locations, and loiter above them for weeks and months of time. 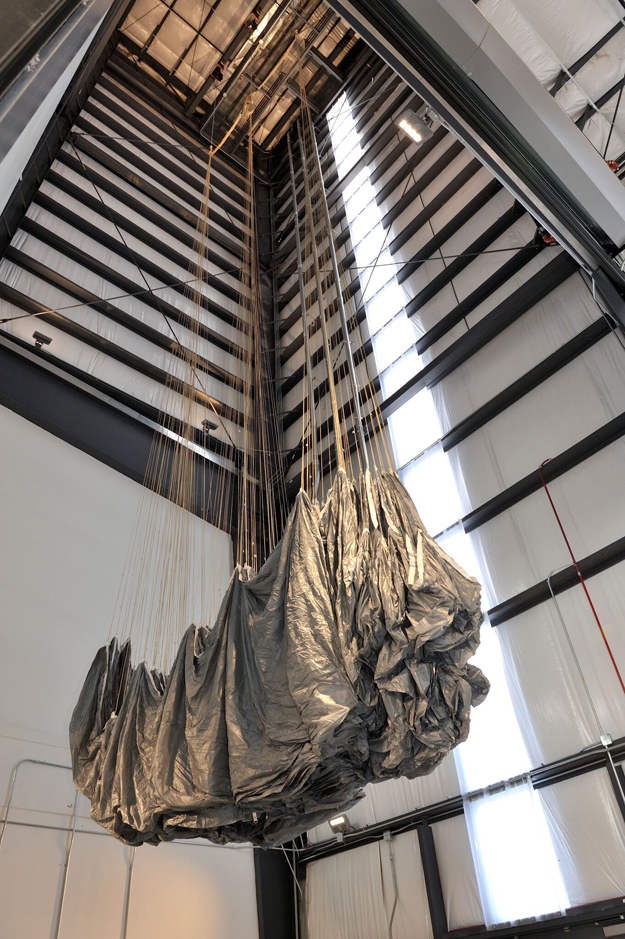 Just this month, World View and Ball Aerospace launched a collaborative Stratollite remote sensing mission from Arizona that demonstrated the platform’s superior capability as a high-altitude imaging platform. The mission’s low-resolution test camera returned 5m resolution imagery, successfully demonstrating the platform for a wide variety of remote sensing applications. This mission was a major step on the path to the commercial offering of low-cost, real-time, high-resolution imagery data from the stratosphere. The two companies plan to build on the success of the flight with subsequent Stratollite missions that will carry high-resolution Ball Aerospace sensors for long-duration, persistent flights over desired locations.

World View’s new Global HQ and Spaceport Tucson are poised to open a new economic and scientific gateway to the Stratosphere, and this grand opening represents only a beginning of great things to come. 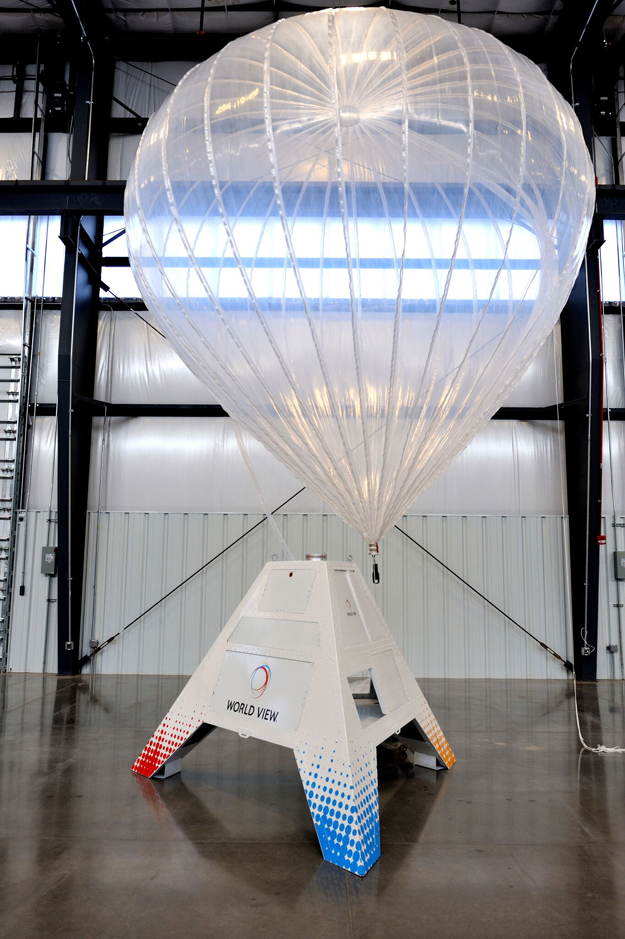