Today’s flight departed Mojave Air and Space Port at 7:22 a.m. PST with the first stage consisting of the WhiteKnightTwo (WK2) carrier aircraft lifting SS2 to an altitude around 46,000 ft. At the controls of WK2 were Virgin Galactic Pilot Mike Masucci and Scaled Test Pilot Mike Alsbury. On release, SS2’s rocket motor was ignited, powering the spaceship to a planned altitude of 71,000 ft. – SS2’s highest altitude to date – and a maximum speed of Mach 1.4. SS2’s unique feather re-entry system was also tested during today’s flight. 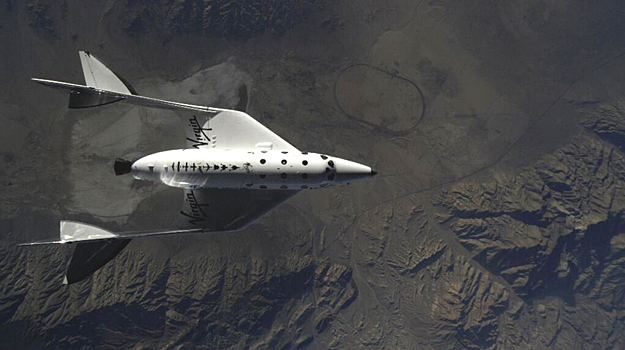 Two important SS2 systems, the RCS and thermal protection coating, were tested during today’s flight in preparation for upcoming full space flights. The spaceship’s RCS will allow its pilots to maneuver the vehicle in space, permitting an optimal viewing experience for those on board and aiding the positioning process for spacecraft re-entry. The new reflective protection coating on SS2’s inner tail boom surfaces is being evaluated to help maintain vehicle skin temperatures while the rocket motor is firing. 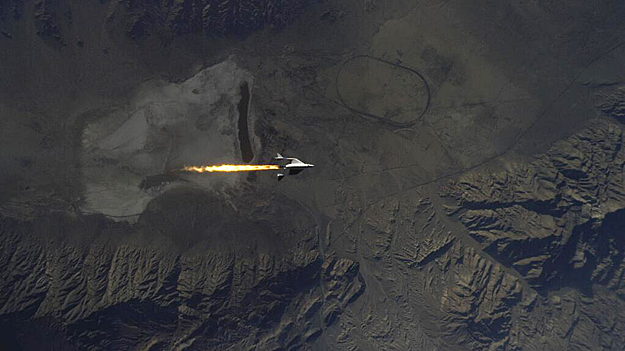 SS2’s propulsion system has been developed by Sierra Nevada Corp and is the world’s largest operational hybrid rocket motor. Although today’s flight saw it burn for a planned 20 seconds, the system has been successfully tested in ground firings to demonstrate performance characteristics and burn time sufficient to take the spaceship and its private astronauts to space. 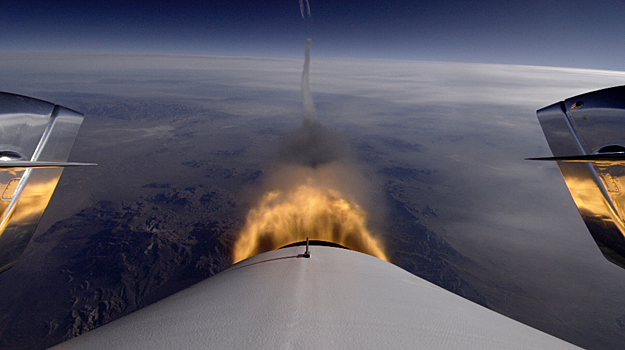 Commenting on the successful test flight, Sir Richard Branson said: “I couldn’t be happier to start the New Year with all the pieces visibly in place for the start of full space flights. 2014 will be the year when we will finally put our beautiful spaceship in her natural environment of space. Today, we had our own Chief Pilot flying another flawless supersonic flight and proving the various systems required to take us safely to space, as well as providing the very best experience while we’re up there.” 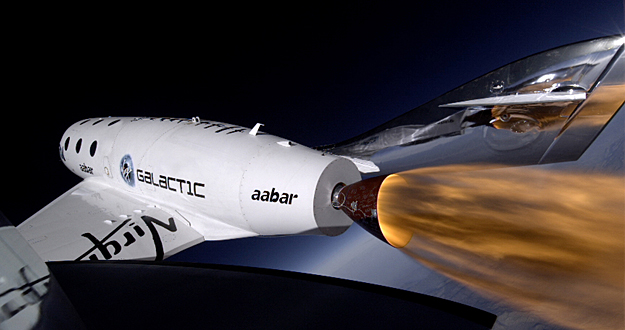 This flight was the third opportunity to see a supersonic, rocket-powered test of the Virgin Galactic system after dozens of successful subsonic test flights. “Today’s flight was another resounding success,” said Virgin Galactic CEO George Whitesides. “We focused on gathering more transonic and supersonic data, and our chief pilot, Dave, handled the vehicle beautifully. With each flight test, we are progressively closer to our target of starting commercial service in 2014.”

For Mackay, the flight was a “dream come true.”

“I have watched SS2 evolve over the years into an incredible vehicle that is going to open up space to more people than ever before,” he said. “To be behind the controls and fly it as the rocket ignited is something I will never forget. She flew brilliantly. All the tests went really well and generated vital data that will be used to further fine-tune our operations.” For related materials, including images and video, please visit www.image.net/thirdpoweredflight. 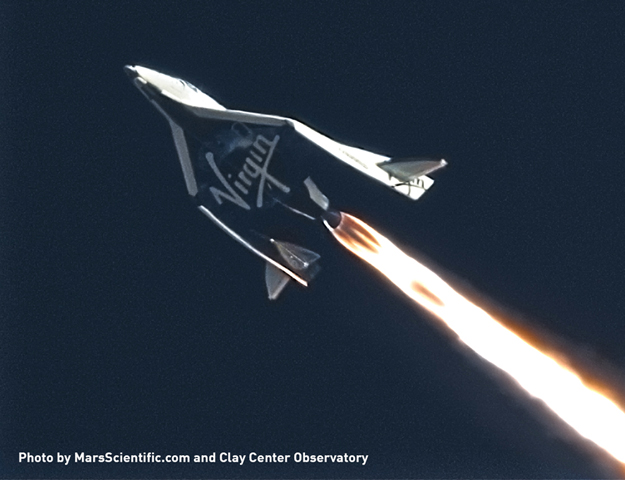 Virgin Galactic, owned by Sir Richard Branson’s Virgin Group and aabar Investments PJS, is on track to be the world’s first commercial spaceline. To date, the company has accepted more than $80 million in deposits from approximately 680 individuals, which is 20% more than the total number of people who have ever gone to space. The new spaceship (SpaceShipTwo, VSS Enterprise) and carrier craft (WhiteKnightTwo, VMS Eve) have both been developed for Virgin Galactic’s vehicle fleet by Mojave-based Scaled Composites. Founded by Burt Rutan, Scaled developed SpaceShipOne, which in 2004 claimed the $10 million Ansari X Prize as the world’s first privately developed manned spacecraft. Virgin Galactic’s new vehicles, which will be manufactured by The Spaceship Company in Mojave, Calif., share much of the same basic design, but are being built to carry six customers, or the equivalent scientific research payload, on suborbital space flights. The vehicles will allow an out-of-the-seat, zero-gravity experience with astounding views of the planet from the black sky of space for tourist astronauts and a unique microgravity platform for researchers. The VSS Enterprise and VMS Eve test flight program is well under way, leading to Virgin Galactic commercial operations, which will be based at Spaceport America in New Mexico.

Founded in 1982, Scaled Composites specializes in the design, fabrication and flight testing of prototype aircraft and spacecraft from composite materials. Scaled is a project-oriented company that offers services within a concept-to-completion environment. Our services include conceptual design, aerodynamic and structural analysis and design, tooling, fabrication, structural testing, flight testing and simulation.