Text of SpaceX Complaint vs The United States

The following is the introduction of the complaint filed by SpaceX with the U.S. Court of Federal Claims with respect to the recent EELV contract awarded to United Launch Alliance (ULA). The full complaint is also available for download.
Introduction:

1. The Air Force has entered into an unlawful contract for rocket launches with the
United Launch Alliance (“ULA”), a joint venture between the government’s two biggest and most influential contractors, Boeing and Lockheed Martin (“Lockheed”). This complex and exclusive deal (the “ULA Contract’), which was concluded outside of public scrutiny, funnels hundreds of millions of U.S. taxpayer dollars to Russia’s military-industrial base, including monies that may flow to individuals on the U.S. sanctions list. Further, it defers meaningful free competition for years to come, costing taxpayers billions of dollars more. Beyond violating core tenets of government procurement law, the ULA Contract is dangerous, fiscally irresponsible, and offensive to American values of open competition and fairness.

2. With this Complaint, SpaceX seeks no advantage, but merely the opportunity to
compete. The Air Force should be required to comply with its legal obligations to fairly and openly compete any launch opportunity that could be provided by more than one U.S. launch provider, and it should end reliance on Russian rocket engines to carry national security payloads into space.

3. The Evolved Expendable Launch Vehicle (“EELV”) Program was implemented by the Air Force in 1995 to achieve affordable, assured access to space. It initially relied on competition between Boeing and Lockheed. But then Boeing misappropriated thousands of confidential Lockheed pricing documents during their competition for launches. Remarkably, this incident did not lead to the reinstitution of fair competition between two providers. Rather, Boeing and Lockheed joined forces to convince the Air Force that the culprit was competition itself, and formed ULA to monopolize the EELV Program.

4. Unsurprisingly, the costs of the EELV Program have dramatically expanded ever since, and are now projected to cost $70 billion through 2030. It has become the fourth largest program in the country’s entire defense budget, not far behind the F-35 Joint Strike Fighter.

5. The majority of EELV launches are performed by ULA’s Atlas family of launch vehicles, which use the RD-I80 rocket engine. The RD-l80 is made in Russia by NPO Energomash, which is owned and controlled by the Russian government. The Russian space and defense industries are led by Dmitry Rogozin, the Deputy Prime Minister of Russia. Mr. Rosozin is on the United States’ sanctions list as a result of Russia’s annexation of the Crimea. In other words, under the ULA Contract, the Air Force is sending millions of dollars directly to an entity controlled by Russia and to an industry led by an individual identified for sanctions.

6. Each instance in which the Air Force procures an Atlas represents significant U.S. taxpayer money flowing to Russia’s military industrial complex. In just the past week, ULA announced that it is changing its contact with NPO Energomash to enable the delivery of the Russian-made RD-I80 rocket engines as soon as they are ready, rather than annually; in the face of sanctions, it appears that ULA may be speeding up the flow of transactions with Russia. It is hard to imagine any way in which entrenching reliance on Russian rocket engines while funding the Russian military industrial complex with U.S. tax dollars serves national security interests, especially at a time when the Administration has sanctioned individuals associated with the same military industrial complex over the Ukraine annexation. Yet, that is what the Air Force’s arrangement with ULA effectively does, despite the fact that there are domestic alternatives available.

7. The EELV Program has been criticized by extremal auditors like the Government Accountability Office (“GAO”) for its strategic use of complex contractual structures that eliminate transparency.1 For example, instead of paying on a per launch basis, the Air Force pays ULA both (1) a $l billion annual “launch capability” subsidy covering one hundred percent of ULA’s fixed costs and business overhead even if ULA never even performs a launch and (2) a “launch services” fee covering launch vehicle hardware. Adding to the confusion, the Air Force does not order launch vehicles for specific missions. Rather, it procures vehicles without any specific mission definitively assigned and only later assigns each vehicle to a mission, and it never publicly discloses which vehicle gets assigned to which mission. This structure all but guarantees that no one–not even the Air Force– can say precisely how much ULA charges the American taxpayer for each EELV launch.

8. The ULA monopoly has led to murky contracts, reliance on Russian suppliers, and spiraling costs. The FTC warned in 2006 about the negative outcomes of permitting Boeing and Lockheed to form a monopoly in the first instance. And ever since, the GAO has regularly championed injecting competition into the EELV Program as a way to fix these problems. As recently as 2012, Under Secretary of Defense Frank Kendall ordered the Air Force to “aggressively reintroduce a competitive procurement environment” for the EELV Program. Indeed, even ULA has admitted that competition can reduce program costs.2

9. Domestic competition using American rocket engines ls available, as SpaceX already is qualified to compete for most EELV launches. Today, the Air Force must on average budget $400 million for a ULA launch. By contrast, SpaceX estimates that it would reliably provide exactly the same services at a 75% cost savings (around $ 100 million per launch).

10. In late December 2013 — in the face of the widely acknowledged and critical need to inject competition into the EELV Program, and less than 20 days before SpaceX’s final certification launch for the EELV Program — the Air Force executed a contract to procure 36 launch vehicle cores from ULA on a sole source basis, locking out competition for the vast majority of EELV missions for years to come. The Air Force should be required to comply with its legal obligations to fairly and openly compete launch opportunities, and it should end reliance on Russian rocket engines to carry national security payloads into space.

NATURE OF THE ACTION

11. SpaceX seeks declaratory judgment and permanent injunctive relief against Defendant United States, acting through the United States Air Force’s Space and Missile Systems Center (“Air Force” or “Agency’), to (1) enjoin the Air Force from purchasing single core launch vehicle configurations (“Single Core Launch Vehicle(s)”) on a sole source basis from ULA for missions to be conducted under the EELV Program and (2) require the Air Force, whenever it does decide to sole source a Single Core Launch Vehicle for the EELV Program, to issue a Justification and Approval (“J&A”) explaining why it did so.3

13. There is no valid basis for the Air Force to purchase any future Single Core Launch Vehicles on a sole source basis when SpaceX is qualified to compete for them, and the Air Force must therefore procure them through full and open competition consistent with the Competition in Contracting Act (“CICA”), 10 U.S.C. 2304 (2006), FAR Part 6, and express Department of Defense (“DoD”) directives and authorization.6

2. Senate Appropriations Subcommittee on Defense Hearing, Mar. 5,2014, Tr. at 21 (In response to the question asked by Senator Richard Durbin of whether price competition is going to give taxpayers a lower cost, Mr. Michael Gass, President and CEO of ULA, responded “It can.”).

3. The EELV Program is managed by the Air Force, but other U.S. Government agencies, mainly the National Reconnaissance Office (“NRO”), use and in some instances pay some part of the costs of the Program.

4. As described below, infra 59-60, , in addition to future improper sole source orders, the Air Force recently “early awarded” at least one Single Core Launch Vehicles for which SpaceX is qualified to compete and must be procured through full and open competition. Those particular launch vehicles are not scheduled to launch until FY2017, and had the Air Force properly waited until FY20l5 to issue the orders, SpaceX would have had the opportunity to complete for those orders.

5. At this time, SpaceX does not challenge the sole source ordering of future multi-core launches.

6. Specifically, a November 27, 2012, Acquisition Decision Memorandum (“ADM”) from the Under Secretary of Defense required the Air Force to compete the launches that the Air Force has since sole-sourced to ULA, as well as all future medium capacity missions for which SpaceX, or any new entrant, is qualified to compete. Infra Part E. 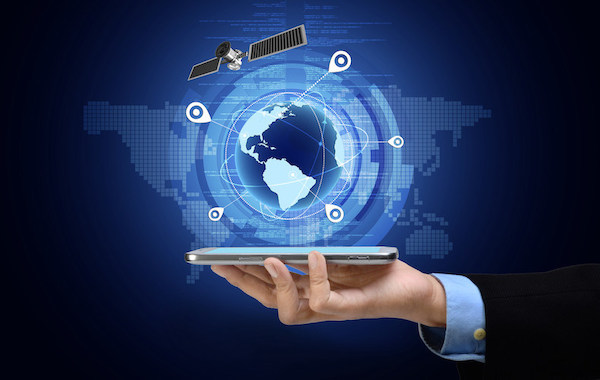