The 100th Merlin 1D engine has come off the assembly at SpaceX’s headquarters in Hawthorne, California. According to SpaceX it was less than two years ago that production began on Merlin 1D. Currently SpaceX produces four new Merlin 1D engines per week and they expect production will ramp up to five per week before the year is out.
Hannah Post, a SpaceX spokesperson outlined in a release the production process. “The production process begins with major engine components – injector, turbopump, gas generator, thrust chamber, valves and actuators – integrated with tubing, sensors, and other small components to form the major sub-assemblies of the engine. These sub-assemblies are put together to become the engine’s lower and upper assembly. Once the lower and upper assemblies are stacked and mated, the engine undergoes a series of quality checks prior to testing.”

The engines are then shipped to SpaceX’s Rocket Development Facility in McGregor, Texas for testing. Once tested they are then shipped back to California for integration into the Falcon 9 first stage octaweb engine structure. 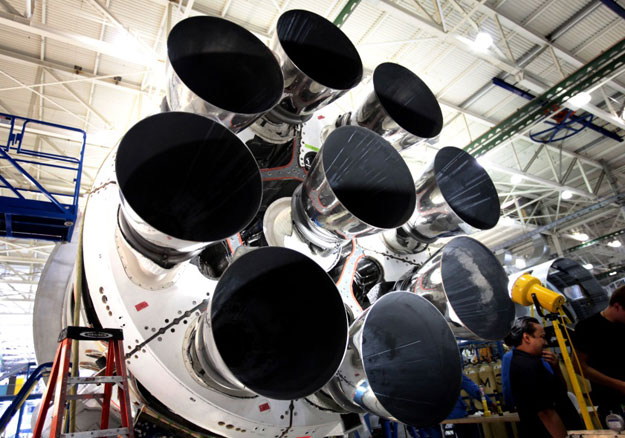