Expedition 31 Flight Engineers Don Pettit and Andre Kuipers grappled Dragon at 9:56 a.m. (EDT) with the Canadarm2 robotic arm and used the robotic arm to berth Dragon to the Earth-facing side of the station’s Harmony node at 12:02 p.m. May 25, 2012.
Dragon became the first commercially developed space vehicle to be launched to the station to join Russian, European and Japanese resupply craft that service the complex while restoring a U.S. capability to deliver cargo to the orbital laboratory. Dragon is scheduled to spend about a week docked with the station before returning to Earth on May 31 for retrieval. 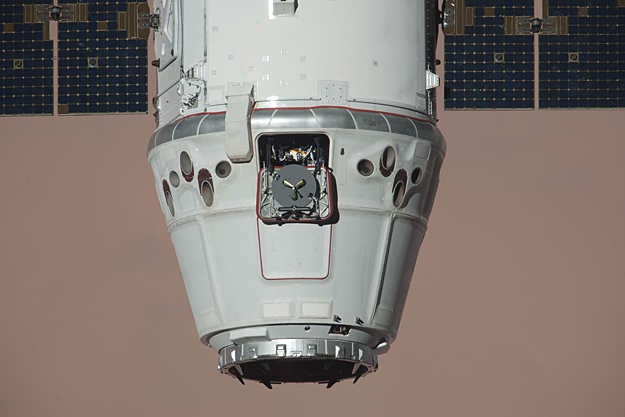 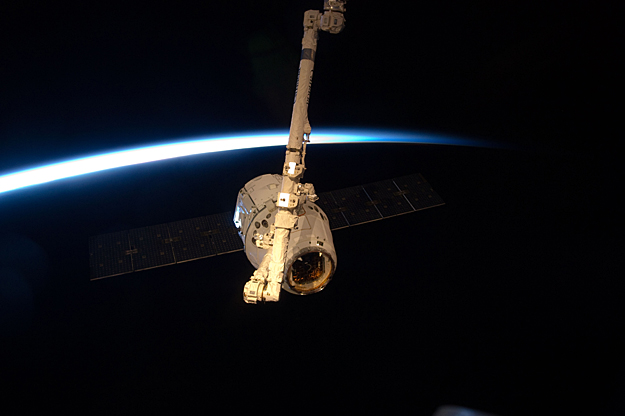 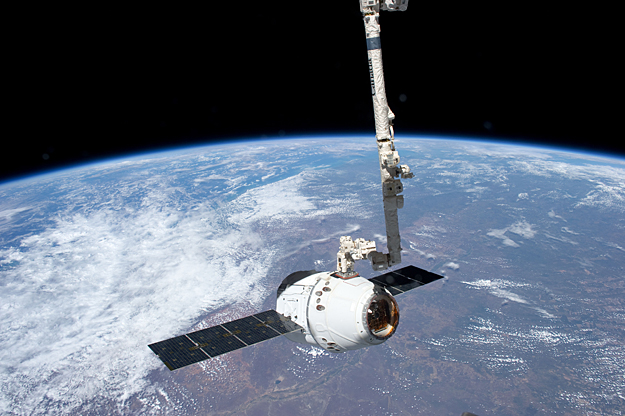 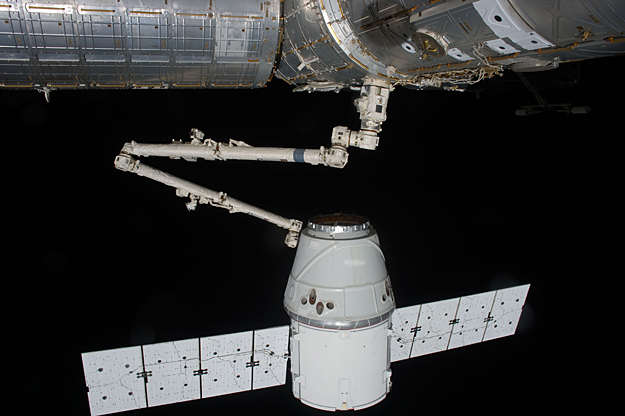 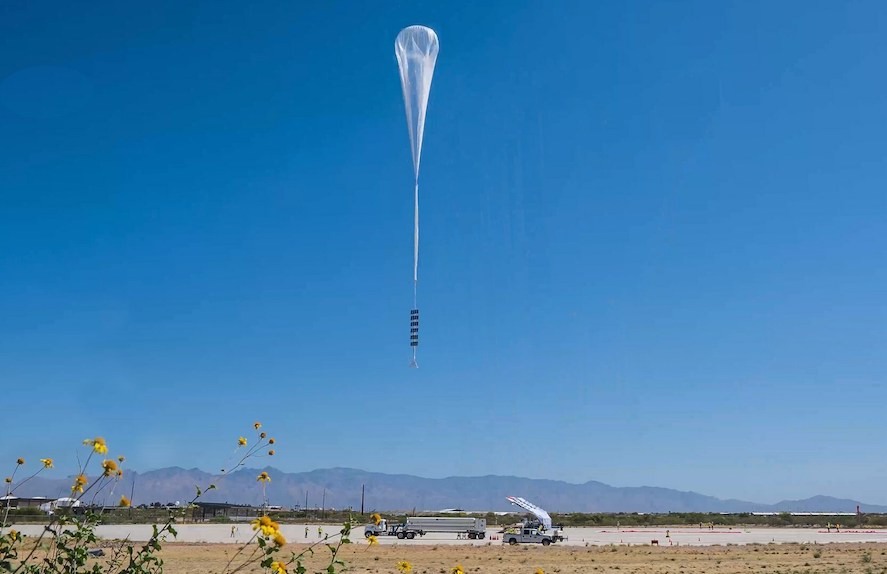