Moon Express, Inc., a privately funded lunar resources company, unveiled its “MX-1” lunar lander spacecraft today as a breakthrough robotic space vehicle capable of a multitude of applications including delivering scientific and commercial payloads to the Moon at a fraction of the cost of conventional approaches.
The spacecraft design is being unveiled today at the closing session of Autodesk University in Las Vegas in front of an audience of over 10,000 attendees.

The MX-1 synthesizes proprietary robotic technologies, advanced micro-avionics, and a unique toroidal structure to produce a “green” robotic spacecraft that is powered by sunlight and uses hydrogen peroxide as rocket fuel. Hydrogen peroxide (H2O2)is an oxygen enriched water compound commonly found in nature and biological systems. With the recent discovery of water on the Moon, the MX-1 has a potential source of rocket fuel on the lunar surface, a scenario that would be a game changer in the economics of lunar resources and solar system exploration. 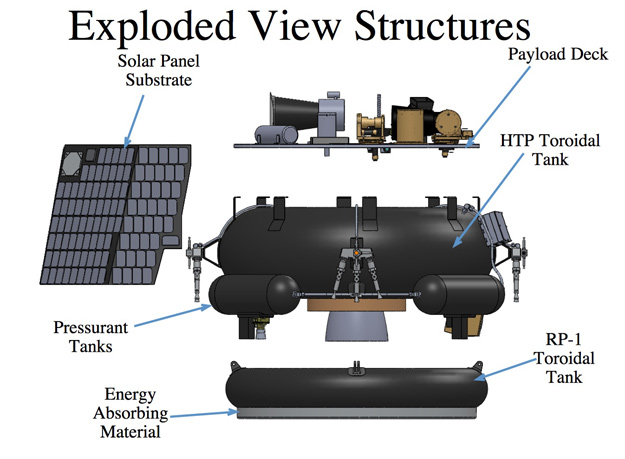 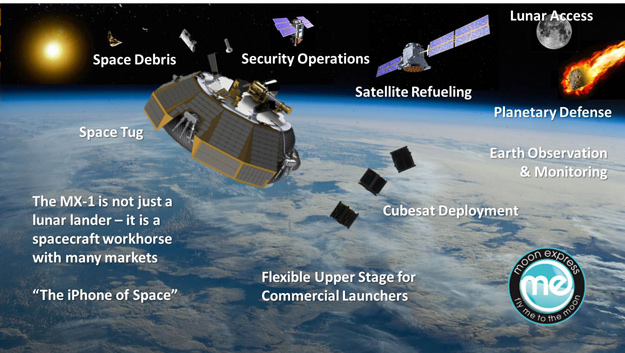 The main MX-1 rocket engine is a dual mode bi-propellant system that also uses kerosene as an after burner to give the spacecraft the punch to break out of Earth orbit, accelerate to faster than a bullet, travel a million miles to beyond the Moon, and come back to break to zero velocity using its outboard thrusters as it touches the lunar surface.The spacecraft is designed to ride to Earth orbit on low cost secondary payload opportunities aboard commercial launchers like the SpaceX Falcon 9 that are radically reducing the cost of access to space. 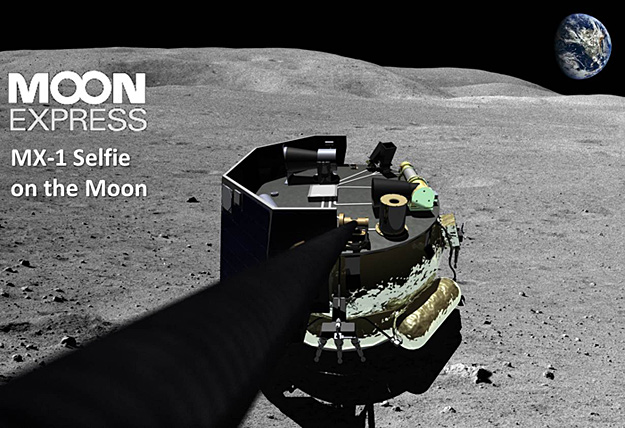 About the size of a large coffee table, the MX-1 is a completely self-contained single stage spacecraft that can reach the surface of the Moon from a geosynchronous transfer orbit (GTO) commonly used to place communications satellites above the Earth. It is also designed to be a flexible spacecraft platform that can support a number of applications including serving as a flexible, agile upper stage for existing launch systems enabling Earth orbit cubesat deployment, satellite servicing, and “space tug” applications such as cleaning upspace debris.

“The MX-1 is not just a lunar lander, it is a spacecraft workhorse with many markets” said Moon Express Co-founder & CEO Bob Richards. “The MX-1 is the ‘iPhone of space’; a platform capable of supporting many apps including our core plan of exploring the Moon for resources of benefit to humanity.” 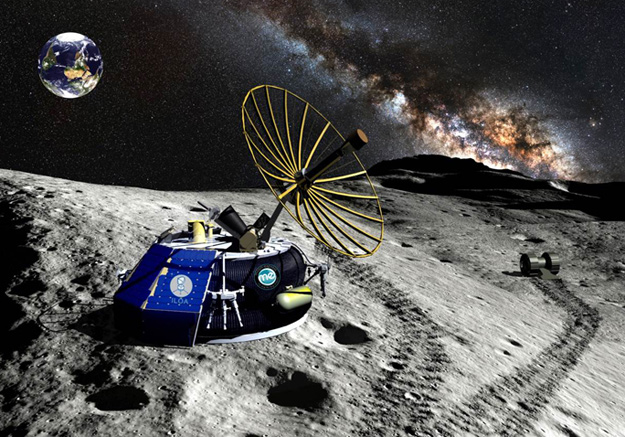 Moon Express is introducing the MX-1 as the first of a series of robotic space vehicles based on a scalable patent pending design to operate in Earth orbit and deep space destinations. Moon Express will utilize the MX-1 in its maiden technology demonstrator flight in 2015, delivering a number of commercial and government payloads to the Moon and pursuing the $30M Google Lunar XPRIZE.

Moon Express engineers have combined the latest exponential technologies in micro-avionics with advanced propulsion and materials to create an innovative approach to spacecraft design and fabrication, empowered by leading edge Autodesk digital design toolsto help make the impossible possible and reach for the Moon. 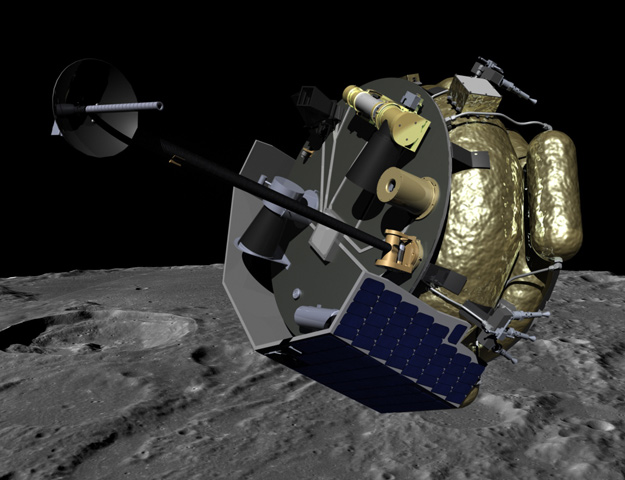