The Government Accountability Office (GAO) released its report today on the Air Force’s Launch Services New Entrant Certification Guide (NECG).
The NECG was implemented as part of the Air Force’s efforts to introduce competition into its Evolved Expendable Launch Vehicle (EELV) program because of significant price increases for launch services, the emergence of viable alternative launch providers and to bolster the U.S. launch industrial base.

The GAO set two primary objectives in completing its report:

The GAO found that “while potential new entrants stated that they are generally satisfied with the Air Force’s efforts to implement the Guide, they identified several challenges to certification, as well as perceived advantages afforded to the incumbent launch provider.” 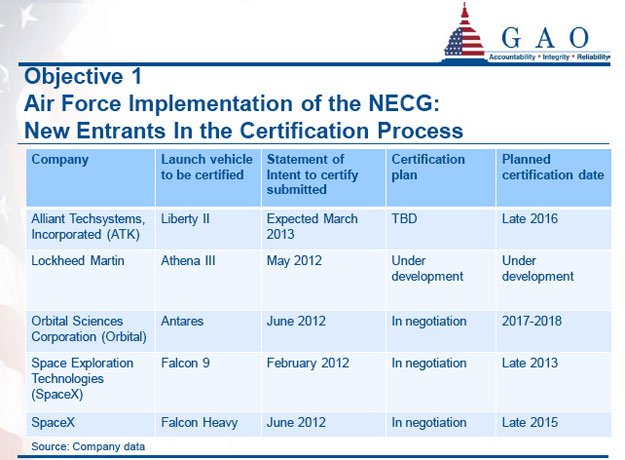