Today (29 April 2015) we flew the first developmental test flight of our New Shepard space vehicle.
Our 110,000-lbf thrust liquid hydrogen, liquid oxygen BE-3 engine worked flawlessly, powering New Shepard through Mach 3 to its planned test altitude of 307,000 feet. Guidance, navigation and control was nominal throughout max Q and all of ascent. The in-space separation of the crew capsule from the propulsion module was perfect. Any astronauts on board would have had a very nice journey into space and a smooth return.

In fact, if New Shepard had been a traditional expendable vehicle, this would have been a flawless first test flight. Of course one of our goals is reusability, and unfortunately we didn’t get to recover the propulsion module because we lost pressure in our hydraulic system on descent. Fortunately, we’ve already been in work for some time on an improved hydraulic system. Also, assembly of propulsion module serial numbers 2 and 3 is already underway we’ll be ready to fly again soon.

We continue to be big fans of the vertical takeoff, vertical landing architecture. We chose VTVL because it’s scalable to very large size. We’re already designing New Shepard’s sibling, her Very Big Brother an orbital launch vehicle that is many times New Shepard’s size and is powered by our 550,000-lbf thrust liquefied natural gas, liquid oxygen BE-4 engine. 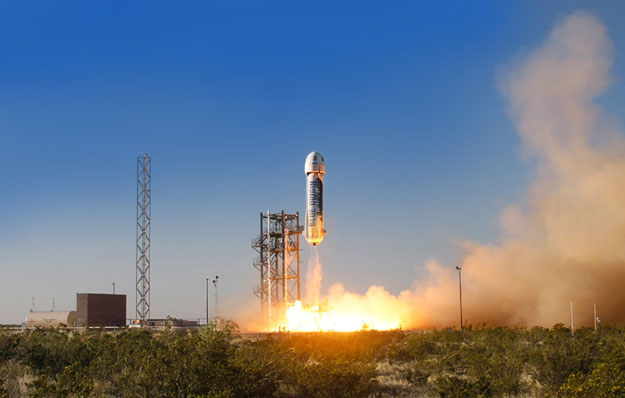 The New Shepard space vehicle blasts off on its first developmental test flight over Blue Origin’s West Texas Launch Site. The crew capsule reached apogee at 307,000 feet before beginning its descent back to Earth. Larger image 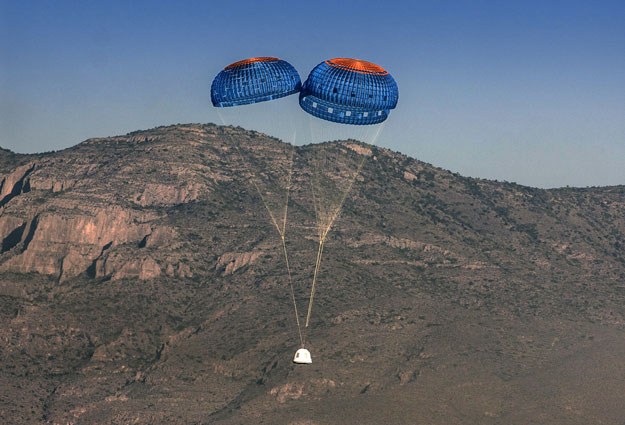 After a clean separation from the propulsion module, the New Shepard crew capsule descends to a gentle landing in the west Texas desert. Larger image 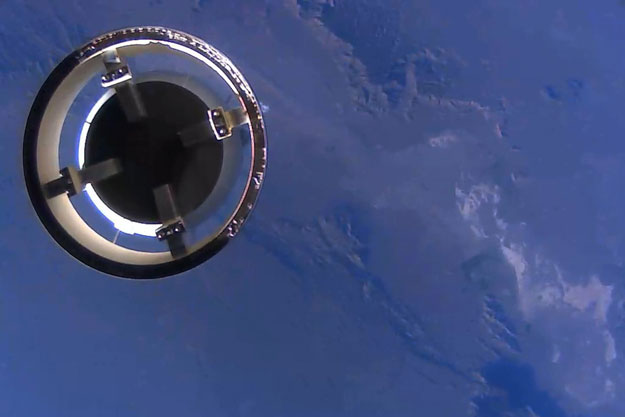 The New Shepard crew capsule separates from the propulsion module and continues its ascent to 307,000 feet before returning to Earth for a classic landing under parachutes. Larger image