A multi-camera onboard video system supplied by Ecliptic Enterprises Corporation has successfully captured the 7-hour deployment sequence for the large main antenna on the Sirius FM-6 spacecraft.
Sirius FM-6, a large commercial spacecraft built by Space Systems/Loral (SSL) for SiriusXM., was launched into geostationary orbit on October 25, 2013. The satellite uses a 9-meter mesh antenna reflector built by Harris Corporation to help ensure SiriusXM’s array of audio entertainment and data services are received by vehicles, receivers for home and business, as well as mobile devices, from more than 22,000 miles above the Earth’s surface.

This is the third successful onboard video system supplied by Ecliptic to SSL and subsequently launched, with heritage from Ecliptic’s rugged RocketCam(TM) product family proven on 15 other spacecraft missions and over 100 rocket launches. 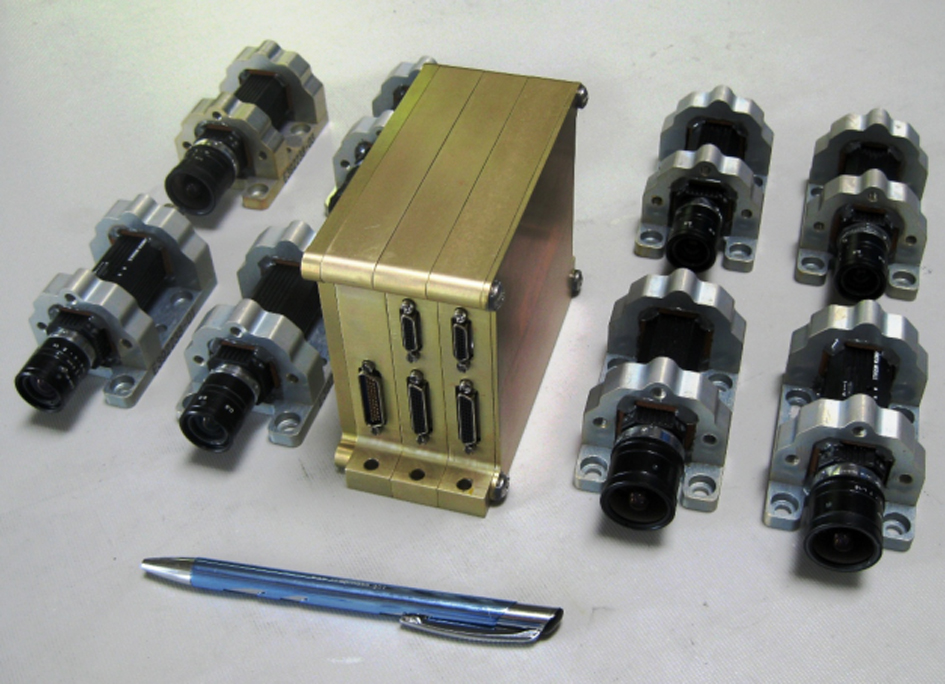 The Sirius FM-6 video system incorporates the latest in RocketCam system design, with a core avionics unit dramatically smaller and lighter–about half the size of a thick paperback novel, and 27 ounces–and yet much more capable than earlier Ecliptic video systems. Each of the cameras is about the size of a white-board marker pen, at 8 ounces each.

About Ecliptic Enterprises Corporation: Ecliptic is the world’s leading supplier of onboard video systems for use with rockets and spacecraft–its RocketCam(TM) product family–and enjoys a strong customer base in commercial, civil and defense markets. RocketCam fans should expect to see on average one launch every 4 to 8 weeks for the next several years. The privately held firm’s core competencies include space systems engineering, aerospace avionics, sensor and instrument systems and aerospace test equipment. For several years, video and payload control systems on spacecraft in Earth orbit and at the Moon have been a solid and growing part of the firm’s business base. Ecliptic has offices in Pasadena and Moffett Field, California. See more at www.eclipticenterprises.com.

RocketCam(TM) is a trademark of Ecliptic Enterprises Corporation.