In the International Space Station’s Destiny laboratory, NASA astronaut Don Pettit, Expedition 30 flight engineer, conducts the first of three sessions on the ROBoT simulator in preparation for the arrival of the SpaceX Dragon.
Slated for liftoff on April 30, 2012, at 12:22 (EDT) from the Kennedy Space Center, the goal of Dragon’s planned 21-day mission will be to test the unpiloted capsule’s ability to rendezvous with the space station. ISS030-E-235581 (11 April 2012) – high res (1.8 M) low res (129 K)

Note: When posted by NASA the launch was still scheduled for April 30th. It’s now been moved to May 7th. 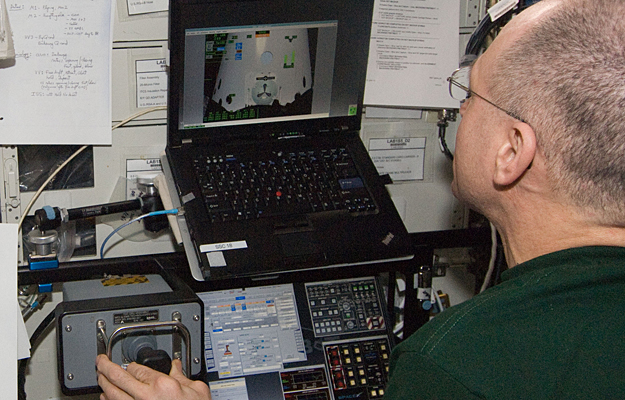 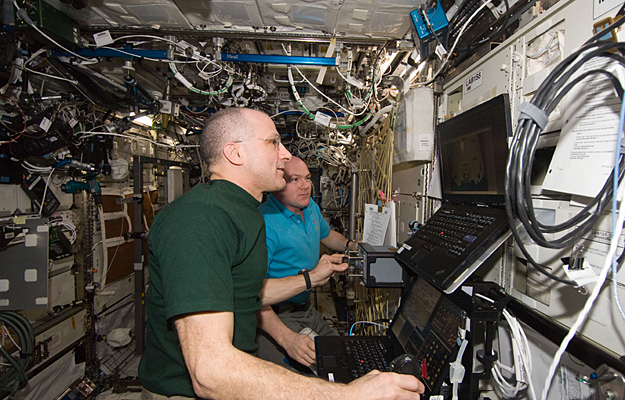