Arianespace has given the green light for the launch tomorrow of its dual payload the EUTELSAT 21B and Star One C3 satellites. It is the sixth launch of the year for the heavy lift Ariane 5. The launch window opens up at 4:05 p.m. ET (9:05 GMT) and closes at 5:51 p.m. ET (10:51 GMT) and will be webcast on Arianespace TV.
Today the Ariane 5 will rollout from the Final Assembly Building to the ELA-3 launch zone.

EUTELSAT 21B was built by prime contractor Thales Alenia Space for Eutelsat Communications and will provide Ku-band telecommunications, data and broadband services over Europe, North Africa, the Middle East and Central Asia. Eutelsat 21B will be the 26th satellite launched by Arianespace for Eutelsat.

EUTELSAT 21B uses Thales Alenia Space’s Spacebus 4000 C3 platform and has 40 active Ku-band transponders, and will be positioned at 21.5 degrees East. It ways about 5,000 kg at launch. 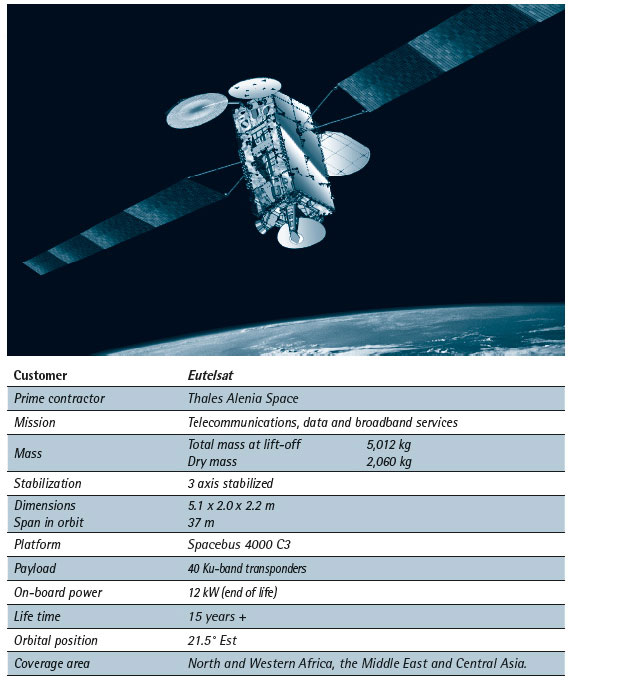 Star One C3 was built by prime contractor Orbital Sciences Corporation for Brazil’s Star One and will provide C- and Ku-band capacity for the Brazil and Andean region of South America. Star One is the largest satellite service provider in Latin America and also operates Star One C1 and C2.

Star One C3 uses Orbital’s Star-2 platform and has 28 C-band and 16 Ku band transponders and will be positioned in geostationary orbit at 75 or 84 degrees West. It ways about 3,225 kg at launch. 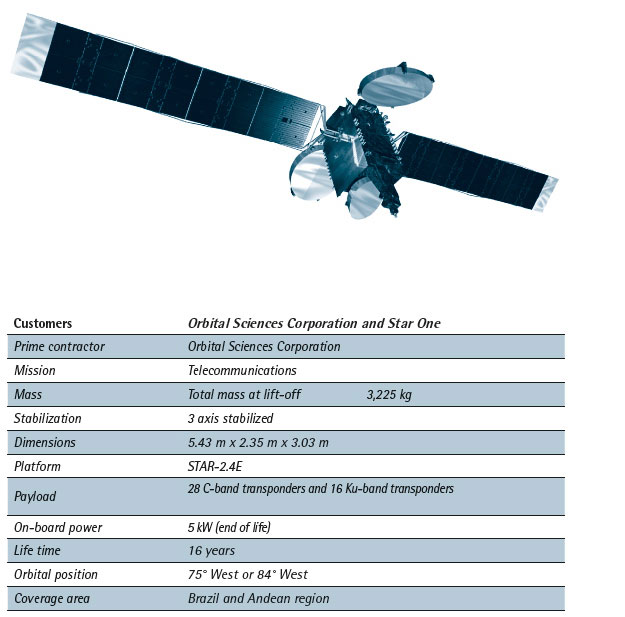 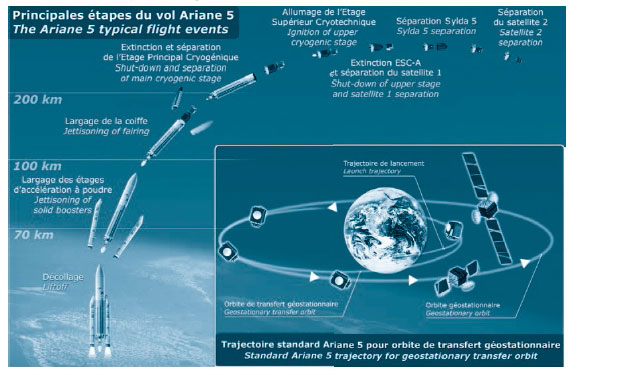