Antares Rolled Out To Launch Pad at Wallops

An Orbital Sciences Corporation Antares rocket is seen as it is rolled out to launch Pad-0A at NASA’s Wallops Flight Facility, Sunday, January 5, 2014.
The rocke was moved in advance of a planned Wednesday, Jan. 8th, 1:32 p.m. EST launch, Wallops Island, VA. The Antares will launch a Cygnus spacecraft on a cargo resupply mission to the International Space Station. The Orbital-1 mission is Orbital Sciences’ first contracted cargo delivery flight to the space station for NASA.

Among the cargo aboard Cygnus set to launch to the space station are science experiments, crew provisions, spare parts and other hardware. Photo Credit: (NASA/Bill Ingalls) 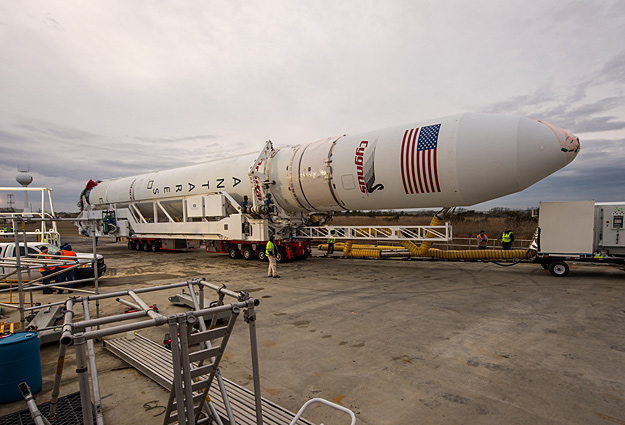 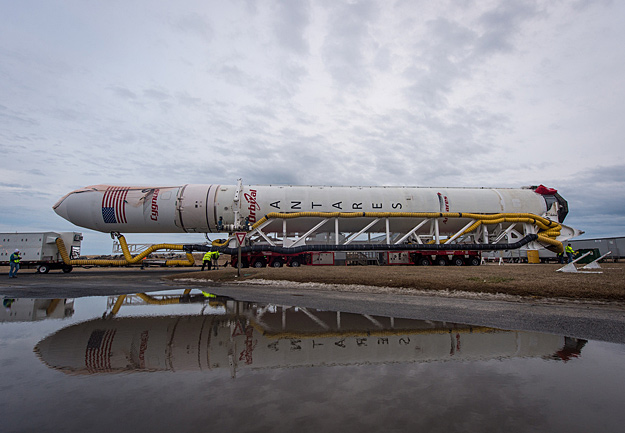 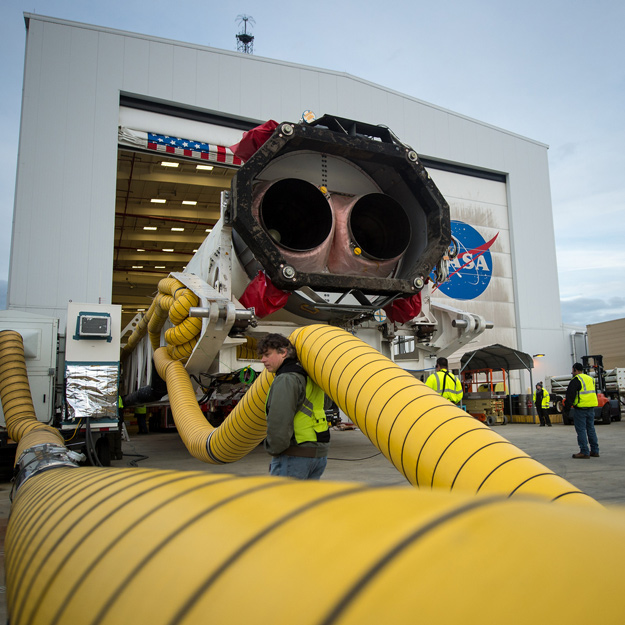