Preparing To Deploy Cubesats With The Nanoracks Dispenser

Thomas Pesquet: Mark working with the airlock in Japan’s Kibo module, used amongst other things to deploy miniature satellites from the Space Station!
The International Space Station is also a spacecraft launch centre! Small nano-sats (also called cubesats because of their shape, you would have guessed) can be placed with a launching device inside this mini-airlock in JAXA’s Kibo lab.

Mark and Aki prepared the satellites and worked on the airlock. We close the hatch on the inside, the outer hatch opens and the a launcher slides out. The Japanese robotic arm collects the launcher, aims and springs shoot the cubesats off into space! Aki took videos and pictures from Cupola of the new satellites on their way.

They are only variations of cubes 10x10x10 cm so they are not easy to spot in the last picture, but with technology miniaturisation even these little satellites can do very interesting things! Two satellites were launched, one led by the University of Manchester, and the other by Robertsville Middle School, the first will test aerodynamics in low Earth orbit, and the former monitor forest fires.

I love how such a device can allow access to space to some smaller companies or universities or countries that can’t traditionally afford the costs of spaceflight. 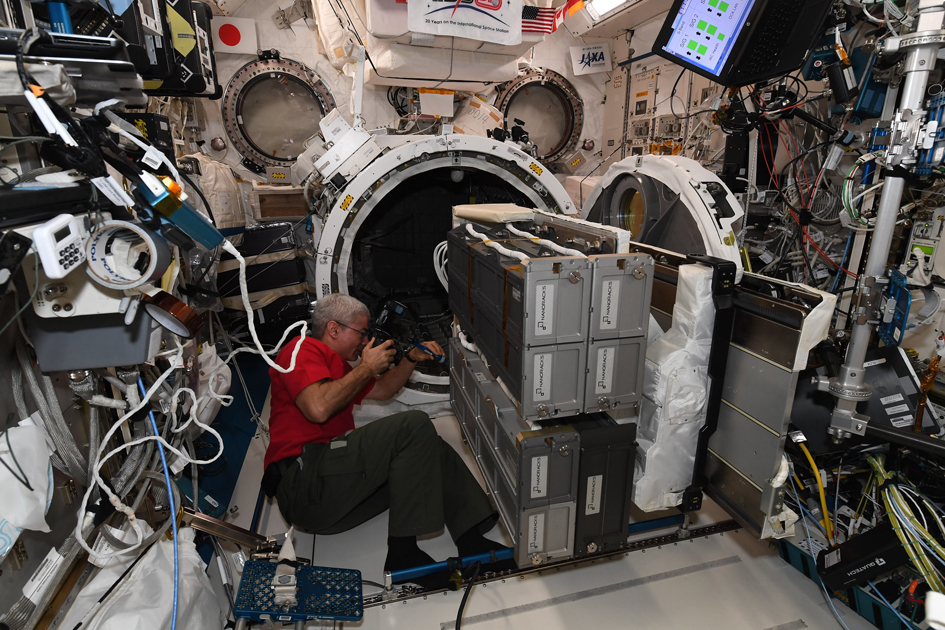