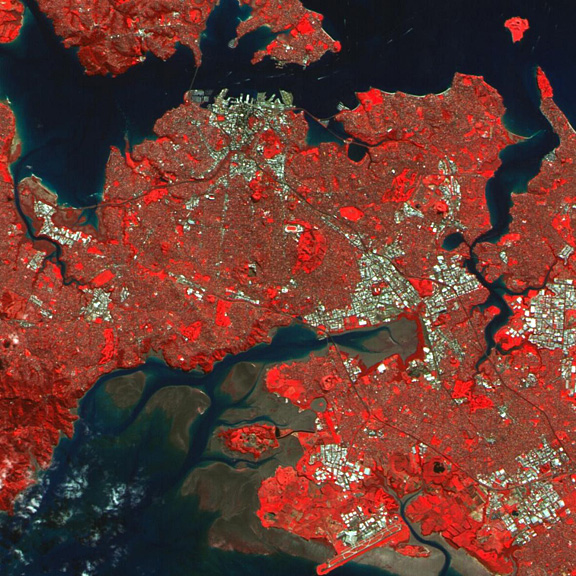 The Nigerian-built satellite, NigeriaSat-X, has acquired its first satellite image just three days after the successful launch on 17th August.

The Nigerian-built satellite, NigeriaSat-X, has acquired its first satellite image just three days after the successful launch on 17th August.

NigeriaSat-X was built by engineers from Nigeria’s National Space Research and Development Agency (NASRDA) under the supervision of Surrey Satellite Technology Ltd (SSTL). The new generation of Nigerian scientists and engineers trained up under the NigeriaSat-X project will continue to support Nigeria’s space programme, ensuring its continued success and sustainability. In total, 26 Nigerian engineers were located at SSTL’s facilities in Guildford for 18 months throughout the design and test phases.

Currently two joint NASRDA-SSTL teams are working in parallel in Abuja and Guildford to commission NigeriaSat-X and NigeriaSat-2, which was launched at the same time. After the initial commissioning phase is complete, the NASRDA team in Guildford will return to Nigeria to continue NigeriaSat-X operations from the Abuja ground station.

SSTL Executive Chairman, Sir Martin Sweeting, commented, “NigeriaSat-X is the product of Nigeria’s training and development programme here at Surrey. It is a great credit to NASRDA and their engineers that this satellite is performing well and its operations are progressing so quickly. These highly skilled engineers will not only help Nigeria to manage its resources, but also bootstrap its fledgling high tech economy alongside a growing nucleus of highly trained people.”

The launch of NigeriaSat-X adds a third 22m imager to the seven-satellite Disaster Monitoring Constellation that is coordinated by DMC International Imaging Ltd (DMCii) to provide governmental and commercial imaging campaigns.

Since 1981 SSTL has built and launched 36 satellites, as well as providing training and development programmes, consultancy services and mission studies for ESA, NASA , international governments and commercial customers, through an innovative approach that is changing the economics of space.

Based in Guildford, UK, SSTL is owned by EADS Astrium NV. www.sstl.co.uk

In partnership with the UK Space Agency and the other Disaster Monitoring Constellation member nations (Algeria, China, Nigeria, Turkey and Spain), DMCii currently leads the International Charter ‘Space and Major Disasters’ to provide free satellite imagery for humanitarian use in the event of major international disasters such as tsunamis, hurricanes, fires and flooding.

DMCii was formed in October 2004 and is a subsidiary of Surrey Satellite Technology Ltd (SSTL), the world leader in small satellite technology. SSTL designed and built the Disaster Monitoring Constellation with the support of the UK Space Agency and in conjunction with the other Disaster Monitoring Constellation Consortium member nations listed above.

DMC International Imaging Ltd is not affiliated in any way with Intergraph Corp., Z/I Imaging Corp., or their registered trade mark DMC.

A high resolution 1.5 mb satellite image is available from the PR contacts below upon request in JPEG format.