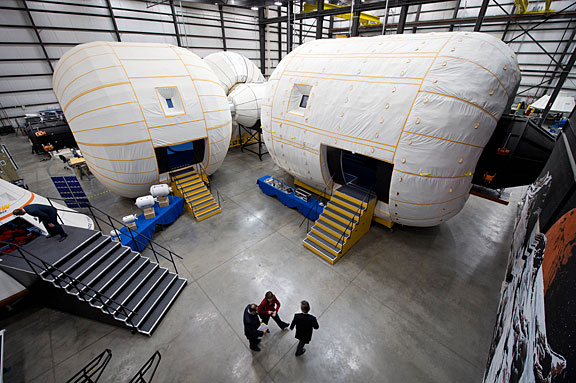 Garver toured the facilities of Bigelow Aerospace, a company that has been developing expandable space habitats. NASA is evaluating Bigelow’s concept for an expandable module for the International Space Station. If approved, the Bigelow Expandable Activity Module, or BEAM, could be launched to the station using a commercial cargo flight and robotically attached to the orbiting laboratory.

Bigelow also has partnered with the Boeing Company on a crew capsule as part of NASA’s Commercial Crew Development Program. NASA is working with multiple commercial partners to develop industry’s capability to safely deliver crews and cargo to low Earth orbit.

“It’s a pleasure to see the spark of innovation so vibrant here in Nevada,” Garver said. “It’s going to take our best minds and our best efforts to harness the full potential of our entrepreneurs, but with it, we can out-innovate, out-educate and out-build any competitor in the world.” 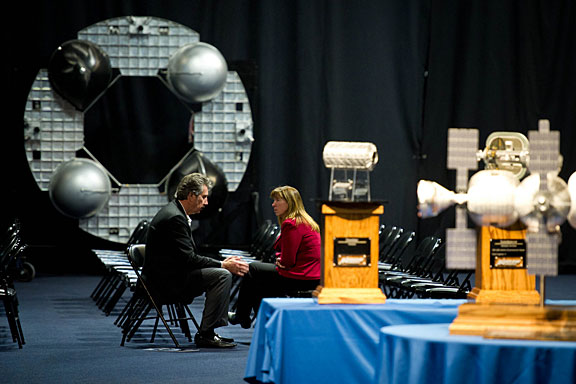 As NASA focuses on a renewed program of technology development to reach destinations farther in the solar system, it also will continue a vigorous program of human spaceflight aboard the International Space Station and foster a growing commercial space industry with the capability to produce jobs and economic benefits.

“Commercial space in general and commercial crew in particular are vital to ensure that America survives and thrives in an increasingly global space industry,” said the founder and president of Bigelow Aerospace, Robert T. Bigelow. “Innovation has always been the key to our country’s economy and we were thrilled to host the deputy administrator to show her what our entrepreneurial company has already accomplished.”

The NASA Authorization Act of 2010, passed with strong bipartisan support, calls on NASA to pursue commercial access to space and extend the life of the space station to at least 2020. Along with these goals, the act directs the agency to open multiple pathways to innovate and develop new capabilities for the exploration missions of the future.