Multiple Historic Resonances With The Moon Aboard ISS

Image of ESA astronaut Matthias Maurer’s Cosmic Kiss mission patch floating next to a replica of the Nebra Sky Disc in the seven-windowed Cupola of the International Space Station.
Matthias posted these images to his social media on 25 March 2022 with the caption:

Like a mini version, my Cosmic Kiss mission patch floats here next to the Nebra Sky Disc (at least a copy of it in the Cupola of the International Space Station. In the background, a breathtaking view of our Earth The more my mission progresses, and the more incredible experiences I get to live up here, the more connected I feel to the message of my #CosmicKiss mission – the declaration of love for space. Inspired by the 3600 year old Sky Disc my Cosmic Kiss patch represents the special connection that the Space Station creates between the inhabitants of Earth and the cosmos, as well as the partnership we need to explore farther in in space. Read more about their special connection https://t.co/b51okpqGDc

Additional Information – Editor’s note: Four small Apollo 11 Moon rocks that went to the summit of Mt. Everest – with an Astronaut – plus a piece of the summit of Everest – are now located in the ISS cupola 2 meters from where this picture was taken. 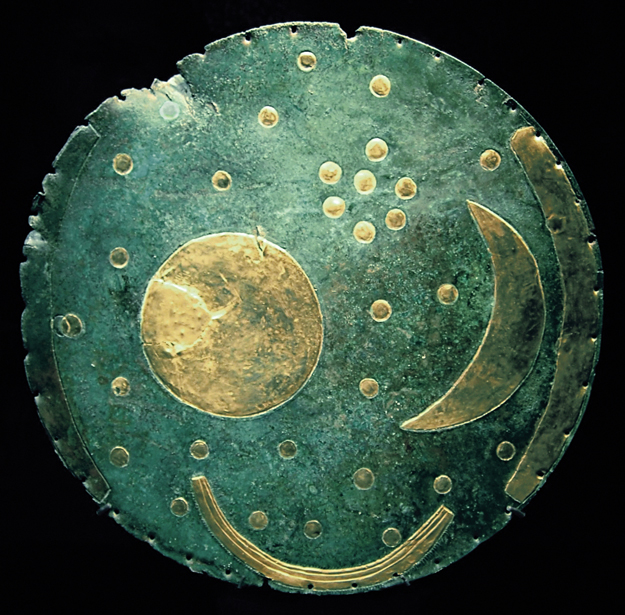 The Nebra sky disc (German: Himmelsscheibe von Nebra) is a bronze disc of around 30 cm (12 in) diameter and a weight of 2.2 kg (4.9 lb), having a blue-green patina and inlaid with gold symbols. These symbols are interpreted generally as the Sun or full moon, a lunar crescent, and stars (including a cluster of seven stars interpreted as the Pleiades). Two golden arcs along the sides, interpreted to mark the angle between the solstices, were added later. A final addition was another arc at the bottom with internal parallel lines (of uncertain meaning, variously interpreted as a solar barge with numerous oars,[citation needed] the Milky Way, a rainbow, or the Aurora Borealis).

The disc has been attributed to a site in present-day Germany near Nebra,[2] Saxony-Anhalt, and was originally dated by archaeologists to c.?1600 BCE, based on the provenance provided by the looters who found it.[4] Researchers initially suggested the disc is an artefact from the Bronze Age Unetice culture, although a later dating to the Iron Age has also been proposed.[5][4]

If its Bronze Age dating is accurate, the Nebra sky disc features the oldest concrete depiction of the cosmos yet known from anywhere in the world. In June 2013, it was included in the UNESCO Memory of the World Register and termed “one of the most important archaeological finds of the twentieth century.”[6] If, however, the Iron Age dating is sustained, “that title could go to a star clock in a grave’s wall painting found in Thebes, Egypt”, which is dated to 1463 BCE.

That evening, after dinner, Scott and I went outside to do some practice shots for how he might get the Moon and our Moon rocks in the same picture on the summit. At one point I was playing around and we got the small piece of lucite with the rocks withing the Pringle can lids to eclipse the rising Moon. Eclipsing the Moon with pieces of the Moon – at Everest Base Camp with an astronaut. That’s yet another sentence that is a totally self-contained story in and of itself. 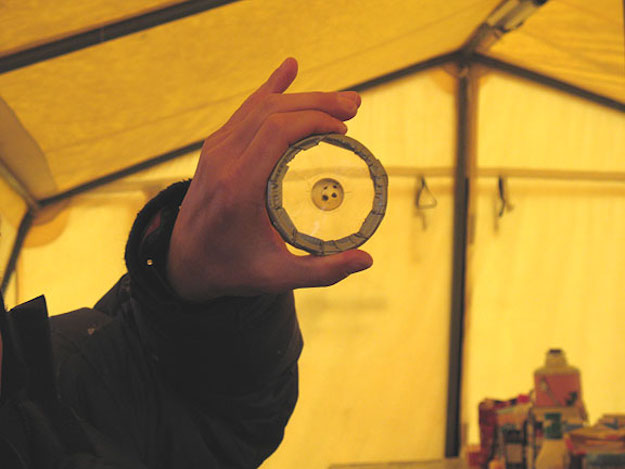 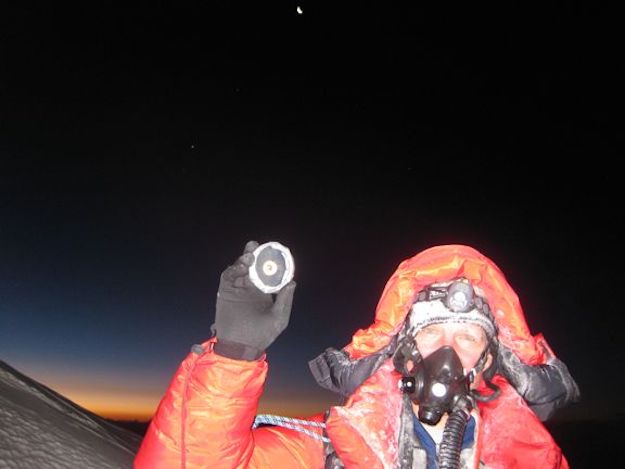 As I looked at the Moon rocks – eclipsing the Moon there was something very familiar about the shapes. I had seen this before. Only a few days later did it strike me: I was thinking of the “Space Window” in the National Cathedral in Washington, DC that had a small Apollo 11 Moon rock surrounded by a large circular enclosure eerily echoing our Nugget Containment Device hacked from food container lids. I had seen it dozens of times over the years. Three years later I attended the funeral of Neil Armstrong at the National Cathedral. Looking up at the window and up to the altar I found myself taping my chest where the Moon rocks were kept on my trip to Everest. I was the only one amidst this illustrious crowd who had such a resonance. One of those moments. 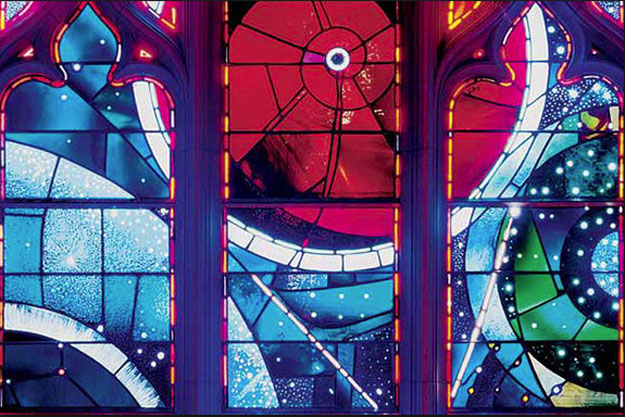 Space Window At The National Cathedral