How Intense And Dangerous Is Cosmic Radiation On The Moon?

The Chang’e-4 lunar lander touched down on the far side of the Moon on 3 January 2019, with a German instrument for measuring space radiation on board.
Since then, the Lunar Lander Neutron and Dosimetry (LND) instrument has been measuring temporally resolved cosmic radiation for the first time. Earlier devices could only record the entire ‘mission dose.’ In its current issue, the scientific journal Science Advances reports on the work of the international group of scientists involved with the LND, including researchers from the German Aerospace Center (Deutsches Zentrum fuer Luft- und Raumfahrt; DLR). Their investigations have involved more precise radiation measurements on the Moon.

“Over the coming years and decades, various nations are planning to send crewed missions to explore the Moon. Space radiation poses a significant risk to the health of humans. The Apollo astronauts carried radiation measuring devices, referred to as dosimeters, on their bodies. But these only determined the radiation exposure over the course of the entire mission,” says Oliver Angerer, LND Project Manager at the DLR Space Administration. With the LND instrument it is possible to measure the various characteristics of the radiation field over time intervals of 1, 10, or 60 minutes. This enables researchers to calculate the ‘equivalent dose,’ which is important for estimating biological effects.

High Radiation Exposure in a Spacesuit

DLR radiation physicist Thomas Berger from the DLR Institute of Aerospace Medicine, who participated in the publication explains: “The radiation exposure we measured is a good indication of the radiation inside a spacesuit. The measurements give us an equivalent dose rate — the biologically weighted radiation dose per unit of time — of around 60 microsieverts per hour. For comparison, during a long-haul flight from Frankfurt to New York, the dose rate is five to 10 times lower than this. On Earth’s surface, it is some 200 times lower. In other words, a long-term stay on the Moon will expose astronauts’ bodies to high doses of radiation.”

“Human bodies are simply not made to be exposed to space radiation,” adds Robert Wimmer-Schweingruber of the Christian-Albrecht University (CAU) in Kiel, whose team developed and built the LND instrument. “On longer missions to the Moon, astronauts will have to protect themselves from it — by covering their habitat with a thick layer of lunar rock, for example. This could reduce the risk of cancer and other illnesses caused by long periods of time spent on the Moon.” 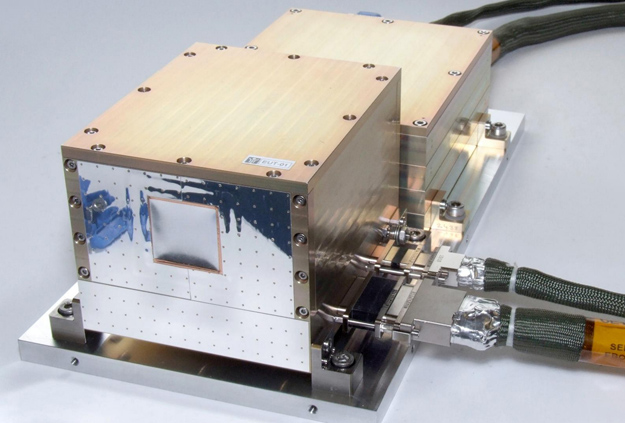 The instrument developed in Kiel conducts measurements throughout the lunar day, but like all other scientific devices on the lander, remains switched off throughout the extremely cold, approximately two-week lunar night, to save power. The instrument and lander were designed to conduct their measurements for at least one year — a target they have already surpassed. The data from the LND and the lander are transmitted to Earth via the relay satellite Queqiao (‘Magpie Bridge’), which is located above the far side of the Moon.

Astronautical Space Exploration on the Moon and Beyond

The radiation data are also relevant for future interplanetary missions. Since the Moon has neither a protective magnetic field nor an atmosphere, the radiation field on the Moon’s surface is similar to that in interplanetary space. “With that in mind, the LND measurements are also used to develop computer models to calculate the expected radiation exposure, refine our models and thus contribute towards our work on radiation protection for astronauts on future missions. It is vital that the detector also allows conclusions to be drawn about the composition of the radiation field, such as how many neutrons and high energy-charged particles are present,” explains Berger.

Funding: The Lunar Lander Neutron and Dosimetry (LND) instrument was developed and built at the Christian-Albrecht University of Kiel on behalf of the DLR Space Administration with funding from the German Federal Ministry of Economic Affairs and Energy (Bundesministerium fuer Wirtschaft und Energie; BMWi). The research conducted by the DLR Institute of Aerospace Medicine is supported by the Moon and Mars Exploration Studies (MoSES) project, which is part of DLR’s Space Exploration Programme.