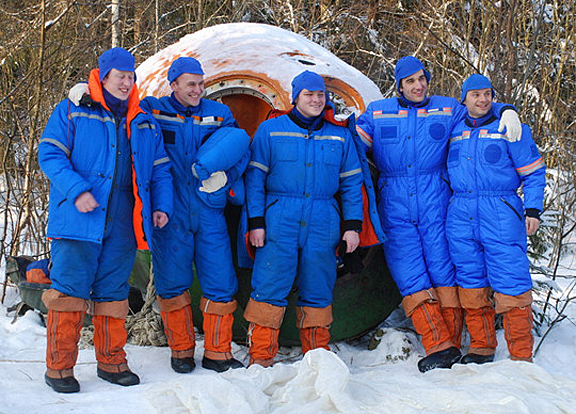 Image: The training included a survival exercise near Star City

ESA has announced the European prime and backup crewmembers for the 105-day Mars500 study. From 31 March 2009, two Europeans are set to join four Russian crewmembers on a simulated human mission to Mars.

Image: The training included a survival exercise near Star City

ESA has announced the European prime and backup crewmembers for the 105-day Mars500 study. From 31 March 2009, two Europeans are set to join four Russian crewmembers on a simulated human mission to Mars.

After a selection process which started with some 5600 applicants, the final four European candidates began training for the Mars mission simulation last month. From these four candidates, ESA has now selected the two who are assigned as prime crewmember and the two who will act as their backup, stepping in to replace a prime crewmember right up until the last moment if necessary.

Selected for the prime crew are Oliver Knickel, a mechanical engineer in the German army, and airline pilot Cyrille Fournier from France. Cedric Mabilotte and Arc’hanmael Gaillard, both from France, are assigned as backup crewmembers. 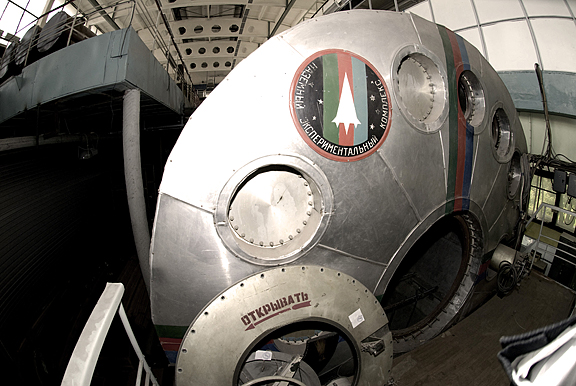 Image: The Mars500 study will take place in a special facility at IBMP in Moscow Credits: ESA – S. Corvaja

In order to investigate the human factors of such a mission, ESA has teamed up with the Russian Institute of Biomedical Problems (IBMP) and will send a joint crew of six on a 520-day simulated mission to Mars.

The simulation follows the mission profile of a real Mars mission, including an exploration phase on the surface of Mars. Nutrition will be identical to that provided on board the International Space Station.

The simulations will take place here on Earth inside a special facility in Moscow. A precursor 105-day study is scheduled to early 2009, possibly followed by another 105-day study, before the full 520-day study begins late 2009.

The crew will have to take care of themselves for almost two years during the roundtrip. Their survival is in their own hands, relying on the work of thousands of engineers and scientists back on Earth, who made such a mission possible.

They will experience extreme isolation and confinement. They will lose sight of planet Earth. A radio contact will take 40 minutes to travel to us and then back to the space explorers. A human mission to Mars is a bold vision for the time beyond the International Space Station. However, preparations have already started today. They are geared and committed to one goal: to send humans on an exploration mission to Mars, individuals who will live and work together in a spaceship for over 500 days.

As part of a cooperative project between ESA’s Directorate of Human Spaceflight and the Russian Institute for Biomedical Problems (IBMP), Knickel and Fournier are set to join four Russian-selected crewmembers inside a special isolation facility in Moscow.

Throughout the 105-day isolation period, the six-strong crew will experience all elements of a simulated Mars mission including travelling to Mars, orbiting the planet, landing on the Martian surface and the return to Earth.

The crew will only have personal contact with each other, plus voice contact with a simulated control centre and family and friends. A 20-minute delay will be built into communications with the control centre to simulate an interplanetary mission and the crew will eat the same food as the astronauts on the International Space Station.

Their stay in the facility precedes the full Mars500 study due to start later in 2009, which will see another six-member crew sealed in the chamber to experience a complete 520-day Mars mission.

The purpose of the Mars500 study is to gather data, knowledge and experience to help prepare one day for a real mission to Mars. The participants will act as subjects in scientific investigations to assess the effect that isolation has on various psychological and physiological aspects, such as stress, hormone regulation and immunity, sleep quality, mood and the effectiveness of dietary supplements.