By SpaceRef Editor
December 14, 2015
Filed under Commerce, US, XCOR Aerospace 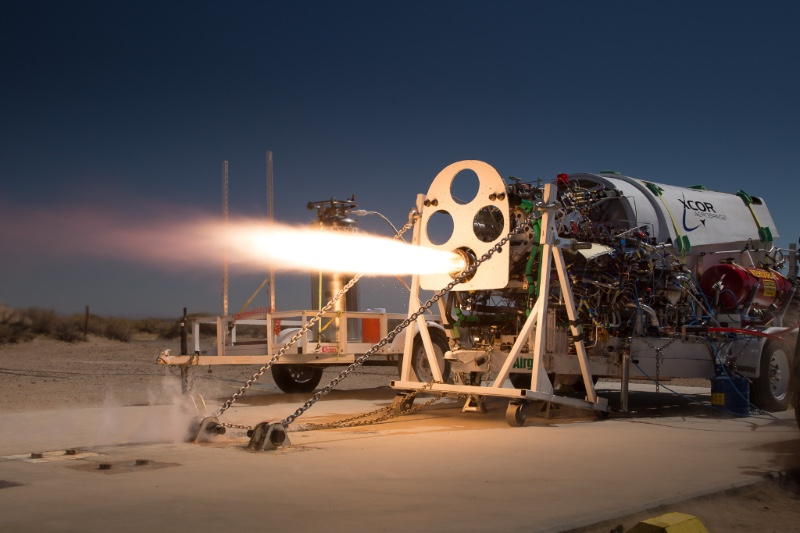 XCOR Director of Engineering and acting CTO Michael Valant announced today that his team has reached an important milestone in the development of the reusable 5K18 Lynx main propulsion rocket engine. His engineers were able to ‘close the loop’ of the thermodynamic system under test conditions, a key technology for the Lynx sub-orbital vehicle.

This technology includes a novel method to drive essential engine parts using waste heat from the rocket engine, thus eliminating the need for adding large, heavy compressed gas tanks to the vehicle. This propulsion system is an essential part of the Lynx “instant reusability” because it allows the vehicle to be flown multiple times per day without costly servicing of components. In addition, XCOR engine technology could be used to benefit other rocket-propelled vehicles in the same way.

Valant: ‘There’s still some work to do to improve the cycle efficiency before this engine, that in its basic ‘open cycle’ form has already had hundreds of successful test firings, is ready for flight, but this is a massive step forward for us in the development of this truly groundbreaking technology. I’m genuinely proud of my teams for working so painstakingly to reach this goal.’

Michael Valant, newly appointed acting CTO, has currently 20 years of experience in rocket propulsion system design and development. Since 2006, he has worked at XCOR to design and develop various propellant systems and components, to include rocket engines, valves and pumps for kerosene and liquid oxygen to fit the design requirements for the XCOR Lynx sub-orbital vehicle main propulsion system.