By SpaceRef Editor
December 23, 2016
Filed under Harvard University, Nanotechnology, US 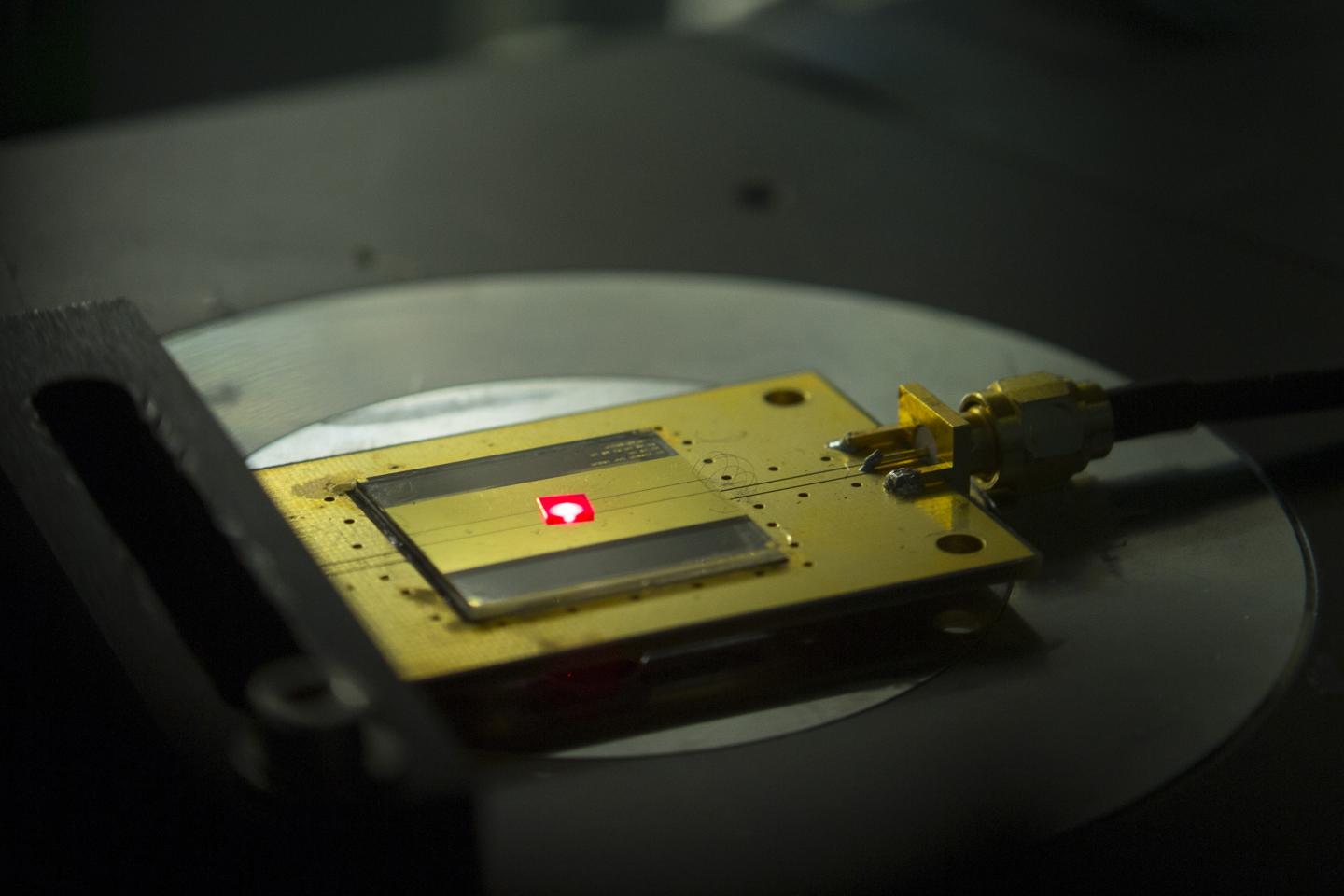 Researchers from the Harvard John A. Paulson School of Engineering and Applied Sciences have made the world’s smallest radio receiver – built out of an assembly of atomic-scale defects in pink diamonds.

This tiny radio — whose building blocks are the size of two atoms — can withstand extremely harsh environments and is biocompatible, meaning it could work anywhere from a probe on Venus to a pacemaker in a human heart.

The research was led by Marko Loncar, the Tiantsai Lin Professor of Electrical Engineering at SEAS, and his graduate student Linbo Shao and published in Physical Review Applied.

The radio uses tiny imperfections in diamonds called nitrogen-vacancy (NV) centers. To make NV centers, researchers replace one carbon atom in a diamond crystal with a nitrogen atom and remove a neighboring atom — creating a system that is essentially a nitrogen atom with a hole next to it. NV centers can be used to emit single photons or detect very weak magnetic fields. They have photoluminescent properties, meaning they can convert information into light, making them powerful and promising systems for quantum computing, phontonics and sensing.

Radios have five basic components — a power source, a receiver, a transducer to convert the high-frequency electromagnetic signal in the air to a low-frequency current, speaker or headphones to convert the current to sound and a tuner.

In the Harvard device, electrons in diamond NV centers are powered, or pumped, by green light emitted from a laser. These electrons are sensitive to electromagnetic fields, including the waves used in FM radio, for example. When NV center receives radio waves it converts them and emits the audio signal as red light. A common photodiode converts that light into a current, which is then converted to sound through a simple speaker or headphone.

An electromagnet creates a strong magnetic field around the diamond, which can be used to change the radio station, tuning the receiving frequency of the NV centers.

Shao and Loncar used billions of NV centers in order to boost the signal, but the radio works with a single NV center, emitting one photon at a time, rather than a stream of light.

The radio is extremely resilient, thanks to the inherent strength of diamond. The team successfully played music at 350 degrees Celsius — about 660 Fahrenheit.

“Diamonds have these unique properties,” said Loncar. “This radio would be able to operate in space, in harsh environments and even the human body, as diamonds are biocompatible.”

This research was coauthored by Mian Zhang, Matthew Markham and Andrew M. Edmonds. It was supported in part by the STC Center for Integrated Quantum Materials.