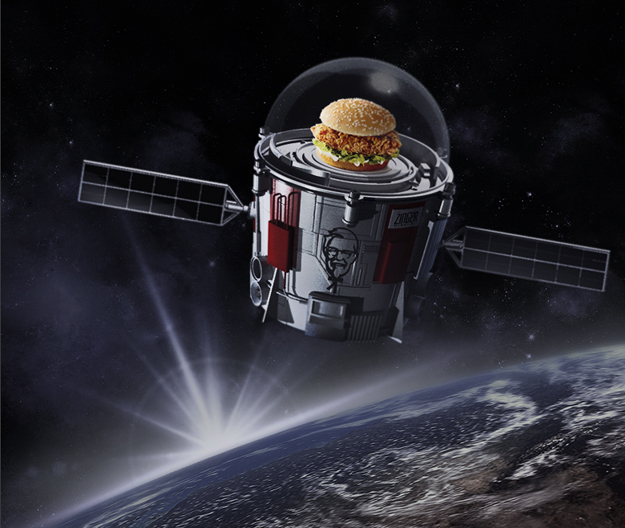 World View, the stratospheric exploration company, today announced it will launch the first extended duration development flight of its high-altitude Stratollite™ vehicle later this month, carrying a commercial payload from flight partner KFC. With the launch window opening on June 21, this will be World View’s first ever live broadcast launch, and its most important to date for the Stratollite vehicle. This pivotal milestone signals the market readiness of the first-ever, long-duration, navigable stratospheric payload vehicle, opening an entirely new economy and application markets in the stratosphere.

“The Stratollite is spearheading a new market for data collection of our planet, the environment and human activity from a perch at the very edge of space,” said Jane Poynter, World View founder and CEO. “This next mission will be our first attempt to really push the envelope with a flight designed to test, for the very first time, all the integrated critical systems needed to bring this Stratollite online for commercial markets.”

In need of a spaceflight partner to literally launch KFC’s new flagship spicy Zinger chicken sandwich to space in an entirely new and different way, KFC and creative agency Wieden+Kennedy approached World View about participating in a historic flight to the edge of space. Intrigued by the idea, World View saw this as a great opportunity to publicly demonstrate the Stratollite’s capabilities to a mass public audience, while simultaneously financing a portion of the vehicle’s development program. Thus, the World View and KFC partnership was born, aiming to usher in a new era of stratospheric discovery and chicken sandwich space exploration.

The remotely controlled, un-crewed Stratollite vehicle features a Stratocraft™ payload module carried by a system of high-altitude balloons that ascends to and operates along the edge of space, offering low-cost, long-duration persistence over customer-specified areas of interest. World View’s proprietary altitude-control technology allows it to harness stratospheric winds to steer the Stratollite to and from desired locations, and loiter above them for weeks and months of time.

Stratollites can carry a wide variety of commercial payloads (sensors, telescopes, communications arrays, etc.), launch rapidly on demand and safely return payloads back to Earth after mission completion. Among its wide variety of uses, the Stratollite will help researchers greatly advance knowledge of planet Earth, improve our ability to identify and track severe weather, and assist first responders during natural disasters.

Until now, World View’s previous test flights for Stratollite have spanned between six and 12 hours in length. The partnership with KFC expands the flight profile to four days, allowing World View to better define the flight envelope and demonstrate the vehicle’s breakthrough, long-duration capability. KFC’s Zinger spicy chicken sandwich will serve as the primary payload for this flight.

“The Stratollite was created to deliver more routine and meaningful access to space for all, and this mission allows us to give edge-of-space access to a commercial customer that would previously deem a project like this unimaginable,” said Taber MacCallum, World View co-founder and chief technology officer. “Sure, this whole chicken sandwich payload is a bit funny. But, KFC gets to embark upon a one-of-a-kind marketing experiment, while we get to pursue our first multi-day shakedown cruise in the stratosphere. It’s a win for all. We’re pleased to have the opportunity to creatively bridge the divide between our industry and global brands that carry a more mainstream audience.”

The partnership with KFC also allows this historic mission to be livestreamed via KFC social channels and www.KFCin.space.

“This is an R&D shakedown mission, and as with all things R&D, there’s a very real chance some of the new Stratollite systems won’t operate nominally,” said Taber MacCallum. “In any case, World View is excited to take the public along for this ride. So through KFC’s live downlink, we invite you to join the cruise.”

World View has two additional flights planned for this summer, with several others booked with science and research customer payloads planned before the end of the year.