By SpaceRef Editor
July 11, 2012
Filed under Commerce, US, Virgin Galactic 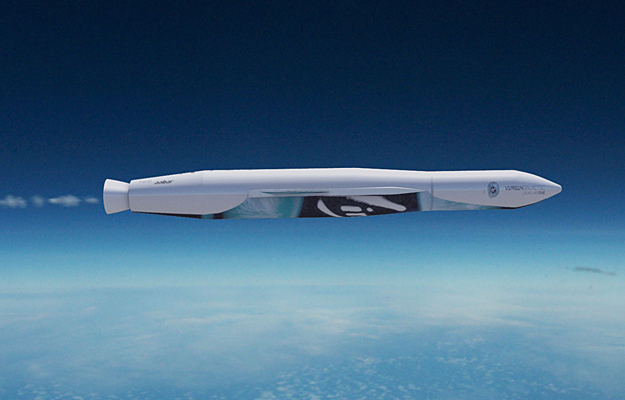 At the same event, Virgin Galactic Founder Sir Richard Branson revealed that the company has now accepted deposits for suborbital flights on SpaceShipTwo from 529 future astronauts, a number greater than the total count of people who have been to space throughout human history. This news comes following a flurry of recent test activity and confirmation that all major components of SpaceShipTwo’s rocket system have been qualified for powered flight, on track to begin before the year’s end.

“Virgin Galactic’s goal is to revolutionize the way we get to space,” Branson said. “I’m immensely proud of what we have already achieved as we draw near to regular suborbital flights on SpaceShipTwo. Now, LauncherOne is bringing the price of satellite launch into the realm of affordability for innovators everywhere, from start-ups and schools to established companies and national space agencies. It will be a critical new tool for the global research community, enabling us all to learn about our home planet more quickly and affordably.” 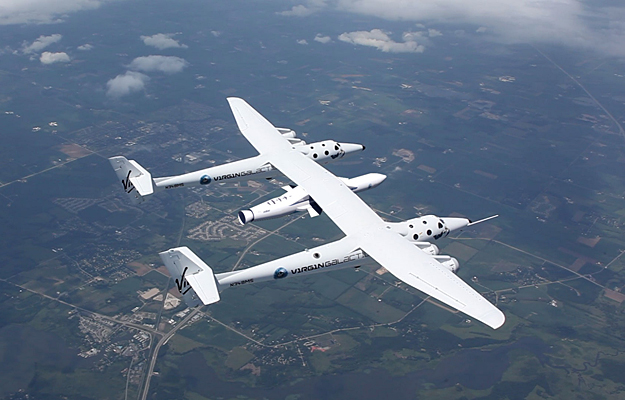 LauncherOne will be a two-stage vehicle capable of carrying up to 500 pounds (225 kilograms) to orbit for prices below $10 million. The rocket will be launched from Virgin Galactic’s proven WhiteKnightTwo, the uniquely capable aircraft also designed to carry SpaceShipTwo aloft to begin her suborbital missions. Thanks to the extreme flexibility of air launch, Virgin Galactic’s customers will enjoy reduced infrastructure costs in addition to the wide range of possible launch locations tailored to individual mission requirements and weather conditions. Branson and other senior executives announced that work has already begun on the vehicle.

“Virgin Galactic continues to innovate space access, and LauncherOne is a key step in its successful commercialization,” said Mohamed Badawy Al-Husseiny, CEO of aabar Investments PJS. “This development promises to redefine the small satellite market and to promote new research and education opportunities. aabar is proud to be partnering in this exciting journey by continuing to support Virgin Galactic and its initiatives.”

Speaking at the event, Skybox CEO Tom Ingersoll said, “Skybox’s objective is to provide world-class, affordable access to space imagery and information, and in order to do so, we need world-class, affordable access to space. Virgin Galactic is unique in having the right mix of ingredients to support our vision, as well as that of the growing small satellite community. We plan to make full use of LauncherOne.” 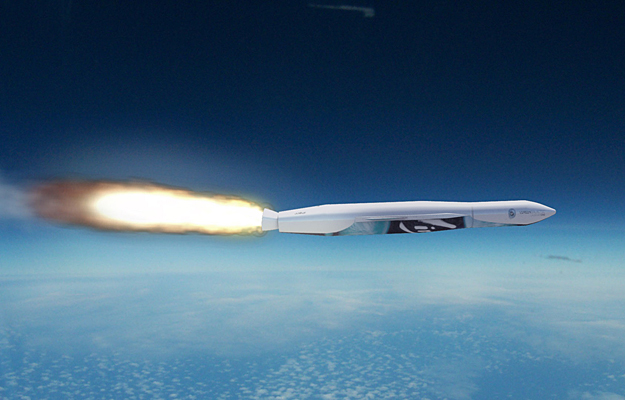 Also today, two world leaders in small satellite manufacturing, Surrey Satellite Technology and Sierra Nevada Space Systems, announced that they would create optimized satellite designs to match LauncherOne’s performance specifications. These optimized designs will allow customers to maximize the capability and minimize the time to market for their satellites. Sir Martin Sweeting, the founder of Surrey Satellite, spoke at the event about the growing potential of the small satellite industry. 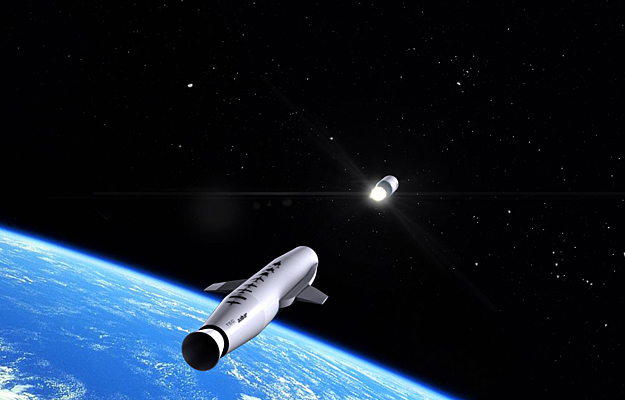 Virgin Galactic, owned by Sir Richard Branson’s Virgin Group and aabar Investments PJS, is the world’s first commercial spaceline, dedicated to revolutionizing space access. Virgin Galactic will carry people and payloads to space on suborbital flights allowing an out-of-the-seat zero-gravity experience, offering astounding views of the planet from the black sky of space, and conferring astronaut status to those on board. The carrier craft (“WhiteKnightTwo”) and space vehicle (“SpaceShipTwo”) were both custom-designed by Scaled Composites and closely based on Scaled’s legendary SpaceShipOne, the Burt Rutan-designed vehicle that in 2004 claimed the $10 million Ansari X Prize as the world’s first privately developed manned spacecraft. The test flight program for both SpaceShipTwo and WhiteKnightTwo is well underway, and Virgin Galactic is preparing for commercial operations, which will be based at Spaceport America in New Mexico. Already, more future astronauts have paid deposits for flights on SpaceShipTwo than have been to space throughout all of human history. Virgin Galactic’s sister enterprise The Spaceship Company, a joint venture between Virgin Galactic and Scaled Composites, is now manufacturing additional sets of the Scaled vehicles. Virgin Galactic is also designing “LauncherOne,” a new air-launched rocket specifically developed to deliver small satellites into orbit. With commercial flights of LauncherOne expected to begin as early as 2016, Virgin Galactic aims to offer frequent and dedicated launches at the world’s lowest prices, transforming the growing small satellite market.