As might be expected, one of the key operational activities to have taken place since the last report was
related to the transition to “Y2K” (the year 2000). Although none of the systems on board Ulysses have
clocks that utilise the calendar date, the Y2K issue was certainly relevant to the ground segment. NASA’s
Deep Space Network introduced a series of operational measures designed to minimise any unforeseen
effects of the roll-over from 1999 to 2000, including termination of support to all in-orbit spacecraft for a
30-minute period on either side of midnight, December 31. In the event, no serious problems occurred,
although a minor Y2K-related software error in the command transfer system at JPL caused a slight delay in
the return to nominal operations for Ulysses. The spacecraft and payload continue to function extremely well,
with the start of the third polar pass now only a matter of months away. By the end of February, Ulysses will
have reached 47 degrees south latitude, at a distance of 3.9 astronomical units (585 million km) from the
Sun.

When comparing the current interplanetary conditions with those encountered by Ulysses at the same
location more than six years ago, the effects of increased solar activity are evident. The stable solar wind
structures that swept over the spacecraft once per solar rotation in 1993 have given way to a much more
complex and less repetitive configuration. While there have been several “close encounters”, Ulysses has not
yet crossed the boundary into the fast solar wind flowing from the southern polar coronal hole. Given the
rapid increase in sunspot number at the present time, it remains to be seen whether or not this will, in fact,
occur at all during Ulysses’ return to the polar regions.

One of the more controversial topics in recent years is the suggestion, based on sophisticated statistical
time-series analysis of Ulysses energetic particle and solar wind data, that the structure of the interplanetary
medium is not as chaotic as commonly supposed. Following up on their earlier work, in which the existence of
solar g-mode oscillations in the interplanetary data was postulated, members of the Ulysses HI-SCALE team
have now completed a thorough statistical analysis of Ulysses magnetic field data. This latest work
apparently confirms the presence of numerous discrete modes in the data, and the scientists involved
conclude that at least half of the energy in the interplanetary medium is in the form of such modes. These
results are by no means universally accepted, however, and the physical mechanism by which such periodic
variations, if real, are maintained remains unclear.

So-called solar type III radio bursts are a common feature of the natural radio emission present in the
interplanetary medium, particularly at times of enhanced solar activity. The electromagnetic waves that make
up the type III radio signals are known to be produced by streams of energetic electrons escaping from the
Sun along interplanetary magnetic field lines. The electron beams are known to travel large distances, often
reaching the orbit of Earth. A long-standing puzzle has been how the streaming electron beams are
maintained over such large distances, since the waves they generate ought to scatter and disperse them
quite rapidly. Ulysses electric field observations by the URAP team have now shown that the electron beams
are stabilised by a non-linear process that “bunches” the particles and waves together in packets called
“envelope solitons”. This constitutes a major step forward in understanding the physics of this interesting
phenomenon.

Many of the latest findings related to Ulysses’ return to high- latitudes will be presented at the 34th ESLAB
Symposium, to be held at ESTEC on 3-6 October, 2000. Looking even further ahead, a proposal in currently
being prepared to extend the scientific operations of Ulysses beyond the current end-of-mission date (31
December, 2001), to 2004. There are compelling scientific arguments for such an extension, related in
particular to the reversal of the Sun’s magnetic field that will occur in the 2000-2001 time-frame.
Furthermore, a detailed evaluation has shown that, despite the diminishing power levels on board, such an
extension is technically feasible from a spacecraft systems point of view, and that sufficient flexibility exists in
payload operations. 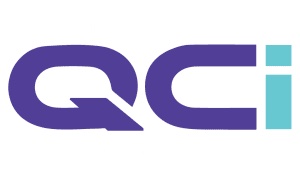