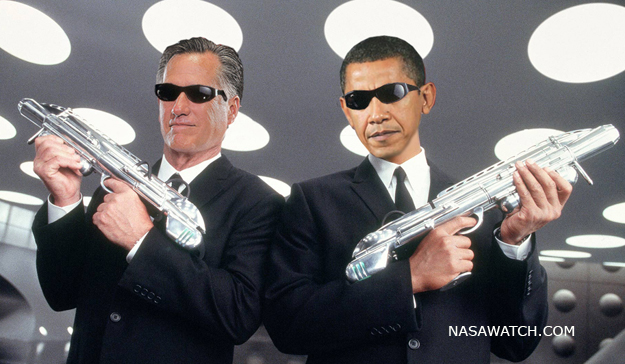 According to a new U.S. extraterrestrial survey from National Geographic Channel (NGC), more than 80 million Americans are certain that UFOs exist. In fact, many believe in tangible proof that aliens have landed on Earth and think that government officials are involved in covering up paranormal activities. Moreover, most citizens would not mind a minor alien invasion, because they expect these space-age visitors to be friendly–like the lovable character depicted in Steven Spielberg’s popular film “E.T.”

Survey results also reveal that more than one-third (36%) of Americans believe UFOs exist. More than one in 10 (11%) are confident that they have spotted a UFO, and one in five (20%) know someone who claims to have seen one.

– Despite the popularity of “Avengers” and “Twilight,” more than seven in 10 (71%) Americans think that aliens are more likely to exist than are superheroes, vampires and zombies. Furthermore, if aliens attacked our planet, more than one in five (21%) would most likely call on the Hulk to deal with the havoc. Far fewer would most trust Batman (12%) or Spiderman (8%) to step in.

Tech Supervisor Erin Ryder and UFOlogist James Fox from NGC’s new series “Chasing UFOs,” believe the survey results are in line with the interviews and research they found in field operations taping the show. Viewers who watch the series’ back-to-back premieres on Friday, June 29, at 9 & 10 p.m. ET/PT, will witness over 30 Texas residents who swear they saw an unidentified flying object in 2008 and Colorado towns folk share their encounters with the team about speeding saucers and green lights that often are spotted in the night sky.

NatGeo’s “Aliens Among Us” survey polled a random nationwide sample of 1,114 Americans, May 21-29, 2012. The poll was conducted by Kelton Research, which used e-mail invitations and online surveys. Quotas were set to ensure reliable and accurate representation of the total U.S. population, ages 18 and older. The margin of error is +/-2.9 percent.

In National Geographic Channel’s (NGC) new eight-part series Chasing UFOs–premiering Friday, June 29, 2012, at 9 p.m. ET/PT, with a second all-new episode airing at 10 p.m. ET/PT–join an investigative team comprised of an UFOlogoist, tech supervisor and scientist/field researcher in their adventure-packed quest to explore alien-related mysteries. For more information on Chasing UFOs, visit natgeotv.com/chasingufos and join in the conversation on Twitter with the hashtag #chasingUFOs.