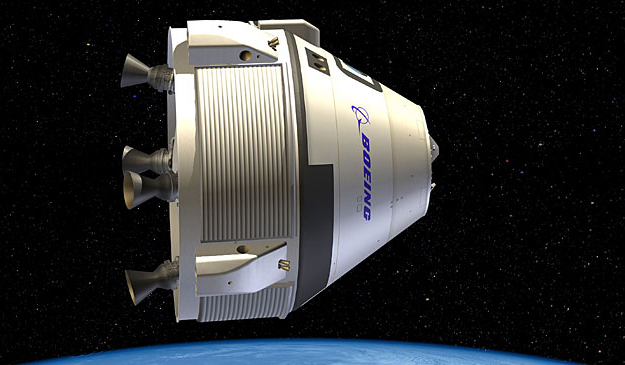 Pratt and Whitney Rocketdyne has successfully completed a series of tests on a thruster destined for Boeing’s Commercial Space Transportation spacecraft, designated CST-100.

Boeing is one of several companies working to develop crew transportation capabilities under the Commercial Crew Development Round 2 agreement with NASA’s Commercial Crew Program. The goal of the program is to help spur innovation and development of safe, reliable and cost-effective spacecraft and launch vehicles capable of transporting astronauts to low Earth orbit and the International Space Station.

Twenty-four thrusters will be part of the spacecraft’s orbital maneuvering and attitude control system (OMAC), giving the CST-100 the ability to maneuver in space and during re-entry. The thrusters also will allow the spacecraft to separate from its launch vehicle if an abort becomes necessary during launch or ascent.

“Boeing and Pratt and Whitney Rocketdyne know what it takes to develop safe systems and subsystems,” said NASA Commercial Crew Program Manager Ed Mango. “They’re building on the successes of their past, while pushing the envelope with next-generation ideas to create a spacecraft for low Earth orbit transportation.”

During tests conducted at the White Sands Space Harbor in Las Cruces, N.M., an OMAC thruster was fired in a vacuum chamber that simulated a space-like environment of 100,000 feet. The tests verified the durability of the thrusters in extreme heat, evaluated the opening and closing of its valves and confirmed continuous combustion and performance.

All of NASA’s industry partners, including Boeing, continue to meet their established milestones in developing commercial crew transportation capabilities.

NASA also is developing the Orion spacecraft and Space Launch System (SLS), a crew capsule and heavy-lift rocket that will provide an entirely new capability for human exploration beyond low Earth orbit. Designed to be flexible for launching spacecraft for crew and cargo missions, SLS and Orion will expand human presence beyond low Earth orbit and enable new missions of exploration across the solar system.